Office parties are awesome. Anytime there’s a party at work, you should go and have fun. Just make sure that you’re on your best behavior because your actions at an office party can come back to haunt if you’re not careful. 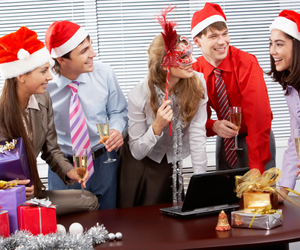 It’s amazing how many people don’t know how to behave at office parties. An office party is different than a regular party because it’s essentially a work function. While it’s ok to relax and have fun, you still need to act as professionally as possible so that you don’t damage your professional reputation.

Let’s take a look at a handful of ground rules on how to behave at office parties:

Any company that’s willing to throw an office party is a pretty cool employer. Don’t jeopardize your job because of silly antics at the office party. Keep it pro and you’ll go far in life.