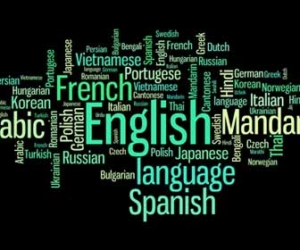 There are thousands of languages in the world that are spoken on a daily basis, yet there are certain languages that are more profitable than others. These profitable languages can help to foster communication and break down barriers between individuals and businesses.

17 Online Resources To Learn A Foreign Language From Home

Below you will find a list of the most profitable languages in no particular order. The number next to the languages represents the number of people who speak that language.

Discover how many people speak a language as their first or second language at VistaWide.com.

From a professional stand point, it’s a wise decision to learn a new language. If you’re fluent in multiple languages, you can “earn up to 15% more money” according to LifeHack.org. Did you know that you can learn most languages for free too?

It’s up to you to decide what language that you want to learn, if any.  You may be passionate about learning Swahili, Hindi, Korean, Nepali, or Thai. While these may not make our list of the most profitable languages, they may be more applicable to your life. For example, if you want to travel through Poland, it might be beneficial to learn Polish or if you are keen to work with Italian boot makers speak Italian fluently may be beneficial. What language tops your list?

Choose the language that will help you accomplish your goals and will help you get ahead in life. If you’re unsure what language to learn, pick one of the world’s most profitable languages. Whatever language you learn, be sure to add it to your digital resume!