Millions of people around the world learn to speak a foreign language without ever having looked up a word in a dictionary or attended a language class. How do they do it? 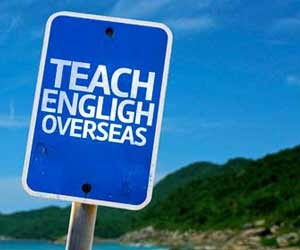 Members of some African tribes may marry only outside of their language groups; it is considered incestuous to marry someone who speaks the same language. All newly married brides and grooms are therefore required to learn each other’s language. When asked how they were able to learn their new languages, most couples said that after listening for a while they were able to catch on and, later, to communicate. They took it for granted that they would be able to learn the language naturally over time; they didn’t doubt their ability or dread having to learn a new language.

People learn a new language with the greatest ease when they want to be able to communicate with the speakers of that language and when they feel that it will be natural for them to do so. Needless to say, most language teachers don’t have the luxury of immersing their students in environments where they are intensely motivated to communicate, nor do most students believe that being able to speak English will come naturally to them. We can’t send our students to any magical place, or change their deep-seated beliefs overnight. The next best thing is to create a learning environment conducive to language acquisition. The basic concepts involved in teaching a foreign language all tend to lead back to this fundamental goal.

“I have worked now in many different cultures. I am a very poor speaker of any language, but I always know whose pig is dead and, when I work in a native society, I know what people are talking about and I treat it seriously and I respect them, and this in itself establishes a great deal more rapport, very often, than the correct accent. I have worked with other field workers who were far, far better linguists than I, yet the natives kept on saying that they couldn’t speak the language, although they said I could! Now, if you had a recording it would be proof positive I couldn’t, but nobody knew it. You see, we don’t need to teach people to speak like natives, we need to make the natives think they can, so that then they will talk to them and then they will learn.”

In the following pages, you’ll read about different ways that students learn; plus, we’ve provided some sample ESL lesson plans and getting students ready for the TOEFL exam. 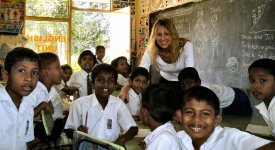