Life is all about who you know. The more contacts you make, the better off you will be. Build a strong network of professional contacts and you’ll be one step closer to landing a job, securing a reference, getting a raise, or being promoted. 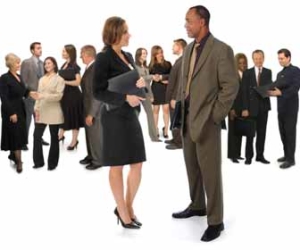 It’s your job as a professional to spend time networking. Many people focus too much on the resume, cover letter, and job search and overlook the potential of networking. Well we’re here to tell you that networking is one of the most important things that anybody can do. Who you know makes all the difference in life.

The problem with networking is that it isn’t cut and dry. There is no cookie cutter recipe to excel at building a useful network. It’s a mix of meeting the right people, being in the right place at the right time, and letting your personality shine. But it doesn’t always happen like this and sometimes networking feels forced, which is why people continually make networking mistakes.

These Are The Best Places To Network

Here are some of the most common networking mistakes that people make without even knowing it:

How To Be The Most Interesting Person In The Room

Spend the time to build your network. Don’t make any silly networking mistakes. You never know where your professional connections will take you.