Body language mistakes can seriously hurt your chances of landing a job. These nonverbal cues indicate a lack of interest and show disrespect. If you want to get ahead in the professional world you need to master the subtle art of body language. 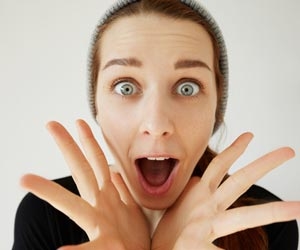 Body language is a form of communication whether you know it or not. Unless your hyper aware of your body, you can easily send the wrong message to whoever you’re speaking to. Body language can include posture, movements, facial expressions, eye contact, etc. Are you aware of what your body is saying for you? Most people don’t even know they’re making any body language mistakes until it’s too late.

Why Body Language Is Important

Every job interviewer and professional will be tuned into your body language, so you need to be on top of your game. Did you know that “The brain picks up nonverbal cues in a fifth of a second, much faster than verbal ones” (Inc.com)? From the instance you meet someone body language comes into play. Often your body language makes a first impression before you can even say anything!

CareerBuilder.com writes that “Around half of employers (51 percent) know within the first five minutes of an interview if a candidate is a good fit for a position.” That’s not a lot of time to say anything, but it’s plenty of time for your body language to make a statement and an impact. So don’t let your body make any mistakes for you.

CareerBuilder.com made a list of the biggest body language mistakes that job seekers make during an interview. Here is their list:

Did you find this interesting? Check out the rest of the eye-opening facts about ruining job interviews and the strangest things people have done in job interviews on the same CareerBuilder.com press release.

9 Ways To Make A Job Interviewer Hate You