What Really Happens on Cruise Ships?

Golden sunshine, azure seas, topside swimming pools, fun times in exotic ports of call, and more fine food than an army could consume. Oh, indeed, all of that can be yours when you’re working on a cruise ship. But wait, there’s more!

Before submitting your job applications you might want to check out what Brian David Bruns has to say about life on the high seas. 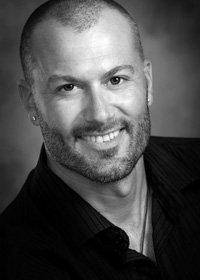 Bruns is the author of three great books, including Cruise Confidential and Ship for Brains. He was nice enough to sit down with JobMonkey to discuss his books and experiences working in the cruise industry.

Tell us a little bit about yourself?

I’m from the glorious state of Iowa. I graduated from the University of Northern Iowa with a degree in art history, which I assumed would be useless. It was one of those ‘get a diploma for Mom and Dad’ degrees. Surprisingly, it’s come in handy in nearly every job I’ve worked since. Score one for education! After a whirlwind four years working on cruise ships around the world, I’m back in the States. Why I chose to land in Las Vegas has yet to be determined (since I’m married).

What is your “day job” if you have one?

Happily, I’m a full time author. Lets me perfect my craft and all that good stuff. Must be working, my latest book Unsinkable Mister Brown won the silver medal at the Paris Book Festival. Cool!

What motivated you to write these three funny books about life aboard cruise ships?

I began on cruise ships as a lowly waiter, which was damn tough to get into. There are no resources set up for it, because Americans always quit. My girlfriend already on the ships had to bribe people to get me an interview. I was overqualified, which didn’t help my case, but really it was her bribes that got me aboard. I was constantly reminded about how rare it was – unique, in fact – that an American would work as a ship waiter.

Guests asked me every day what it was like living on a cruise ship, thinking (correctly) that they might relate to my perspective more so than any of the third world crew members’. The life was so bizarre I just had to share it. Every form of office politicking you’ve ever known pales in comparison to bosses who can – and do – literally starve their subordinates into submission. I know because it happened to me. I was denied food for a month, other than what I could steal. That was the point, though, because they wanted to catch me and thusly fire me. It’s not that I was that bad of a waiter – though I was pretty bad – it’s that political maneuvering is cutthroat at sea.

Why do you think these books resonate with people? You’ve gotten great pub for your books!

Certainly the shock factor grabs attention. I don’t hold any punches, and lay blame where it’s deserved – upon myself included. The daily life of a crew member is something most people could never imagine enduring. Indeed, I still get reviews saying I made up the whole thing!

The books are funny, which helps sail through the emotional roughhousing of life at sea. But most of all I think people enjoy the positive attitude that helped me get through it all, and the noble reason for even trying. Love makes us do crazy stuff. Even those who haven’t experienced it themselves have hope!

Ship for Brains focuses on Art Auctioneers. It sounds fun…but not so much?

Art auctioneers are the rock stars of the sea. You might think this of the cruise directors, but they work their tails off. Auctioneers have loads of free time and are the highest paid people aboard. They live just like passengers, staying in their cabins and enjoying the same food, entertainment, all the ports off, everything. The downside is the stress.

I’ve seen marriages dissolve over it. Miss two sales goals in a row and you’re fired and abandoned in port, wherever on the planet that happens to be. I recall working with the previous year’s rookie of the year and he was already an ulcerated, impotent alcoholic – by age 31!

Then again, we were all alcoholics… The art auctioneering at sea industry has undergone a lot of changes in the last few years, though.

They began employing lots more bodies as cannon fodder. Anybody who was young and attractive is given a chance, but they’re really just thrown to the wolves. If they survive, they get to stay at sea. Most don’t. But if you’re a good salesperson, there’s gold in them thar hills, as they say. OK, if that wasn’t a mixed metaphor, I don’t know what is…

Time to give some advice. Give our readers a few reasons why they SHOULD try working on cruise ship and reasons to steer clear.

Unless you are an entertainer, there is no reason whatsoever to work on a cruise ship if you live in a first world nation. They pay far less than minimum wage and all but deny basic human dignity. You won’t see any of the places you think you will: you’ll be working.

Entertainers on cruise ships have a much better life and can perhaps hone their skills with practice, though I question how variable their opportunities will be once at sea. A great singer friend of mine landed a sweet job in Japan from her ship work, so anything is possible.

If you’re not an entertainer and do not live in a first world nation, being paid in US dollars may offset the above mentioned trials. That varies from nation to nation. Many welcome any chance to work harder for more money. Ships are just an extreme example. Still, I’ve known many a good man and woman who used this to hone their English skills and make an extra buck compared to back home. And once there, it’s impossible not to open your eyes to the world. Still, there are less brutal ways to do so. 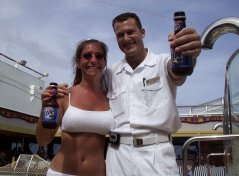 I cherish my time on ships, but had I not been there for a woman I’d have quit inside a week.

When you think about cruise ships, you think “luxury.” How do the crew live?

What’s the opposite of luxury? Crew members share cabins the size of a walk-in closet with strangers from all over the world. There is no freedom of choice: you are told what to eat and when to eat it. As a waiter I was lucky to get five hours of sleep a night. The rest of the time you’re working, working, working. You work day and night, seven days a week for ten months straight. No days off, only a lunch or two a week.

Do some crew have it better than others? Who has it the best?

Some have it all right, relatively speaking. Those working in the gift shops and casino are off during every port. Indeed, casino cats have an easy life, but irregular hours (as if we all don’t at sea!). Spa employees work a lot, but at least get eight hours of sleep. The dancers have it grand, working only a few hours a week. But that leads to a lot of boredom because the pay is so low. Ports are open to them, but they can’t afford even a drink in the tourist-traps!

As far as individual positions, the doctors have it nice. Many are regular land-based specialists enjoying a working vacation. Duties are light, though they’re on call for weeks straight. The best position, by far, is the art auctioneer.Â

What are some of the better things you took away from your years living and working on a cruise ship? Make some friends for life?

I spent a total of four years at sea, and made many friends from all over the earth. I’m still in contact with a few. Especially the South African lass who became a pole dancer! 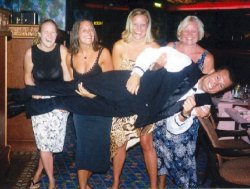 The best thing about working on cruise ships, by far, is how much you learn about the world and yourself. Once you get out of your comfort zone, so much opens up. People are capable of so much more than they usually settle for.

Americans are a particularly sheltered people, though we don’t like to think of ourselves that way, and the world is a big place. If you go with your mind open, you’ll find some wonderful things (along with sore muscles and a bad back). The greatest gift ships gave me, however, is my lovely Romanian wife. So I can’t complain!

Did I read there might be a reality TV show in the works?

A TV show is indeed in pre-production, being scripted by Matt Jones. He’s an actor/comedian/writer who’s been on a zillion shows (my favorite is as Badger in Breaking Bad) and recently sold scripts to MTV and TBS. He’s working with Ole Entertainment on the project.

Cruise lines would never allow a reality TV show, by the way: they have too much to hide.

What’s the next book you’ve got in mind?

My next book is called Rumble Yell, which is due July 2013. It’s about my reconnecting with an old friend over a 500 mile bike ride during the hottest week of the year. It seemed like a good idea at the time. A last minute addition of a friend of his – an outrageous sailor named Cheek – made the whole thing a disaster. But funny as Hell.