The current human population on planet Earth is nearly 6.8 billion people and growing. All those people need to eat, with sources of protein necessary ingredients to a healthy diet. One major source of that protein is fish and other aquatic species. Nearly half of the seafood consumed by humans comes from farms, which makes aquaculture the most rapidly expanding food production system worldwide.

Aquaculture is the controlled growth of marine organisms, primarily for human consumption. It is classified as a form of agriculture, but instead of growing crops such as corn, or livestock, such as cattle or pork, the grown product is aquatic species such as fish, shrimp, mollusks or algae. If you’re looking for the other type of Farming Jobs then see that section of JobMonkey! 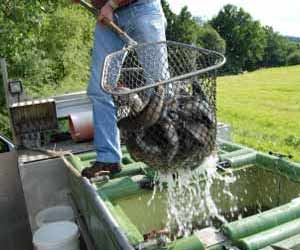 The life cycles of wild aquatic species, both from freshwater and saltwater sources, cannot keep pace with the amounts required for human consumption. In addition to over-fishing, habitat destruction, global warming and pollution all are contributing factors in a constantly increasing gap between supply and demand.

Aquaculture is necessary to make up the difference between what wild seafood sources can sustain and human demand. But it also exists in much smaller amounts for the resupply of sport fishing.

Aquaculture exists in many forms, from cages or pens at sea, to open-air but landlocked ponds and tanks or raceways managed with water recirculation systems.

Grown species vary widely as well, mostly depending on regional location and customer demand. Catfish, carp and salmon are popularly farmed fish, while there are significant aquaculture operations worldwide for shrimp, mollusks and algae too.

As with other forms of agriculture, aquaculture faces a series of issues today. Corporations and small farms all are concerned with running a profitable business, so maximizing their farming efficiencies is critical. Finding new ways to produce more with less or reduce the impact of disease are constant projects. Large quantities of fish in relatively small areas give rise to a number of environmental concerns too. Meeting the growing customer demand for organic foods presents opportunities for the industry as well. The increasing demand requires ever-increasing efficiencies for fish farms. Facing these issues, developing alternatives and managing aquaculture operations requires a broad range of careers.

This JobMonkey topic will provide you with an overview of the aquaculture industry, the necessity for the industry in both human and environmental terms and characteristics of the industry both in the United States and worldwide.

The majority of the pages in this topic focus on aquaculture jobs and careers, including their descriptions, pay information, education and qualification requirements, as well as typical working conditions.

In addition, there are two interviews with industry experts towards the end of this section. Bill Manci is the president of Fisheries Technology Associates, Inc., an aquaculture and fisheries consulting firm in Colorado. Lon Garrison is the operations manager with the Northern Southeast Regional Aquaculture Association, Inc., which conducts salmon enhancement projects throughout northern southeast Alaska.

Also included in this topic are useful links to industry facts, hiring companies and other useful information to assist you on your search for a job in the aquaculture industry. 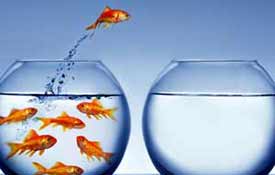 Aquaculture is all about growing marine life, primarily fish, in a controlled environment. Click below to learn more. 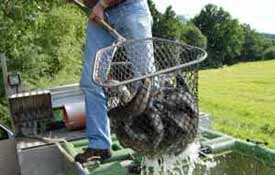 Fisheries are on the rise to compensate for global population increases. Discover more with the links below. 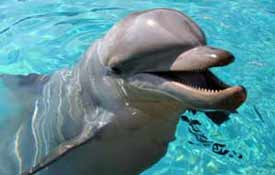 Aquaculture is on the rise. Become part of a growing industry today. Follow the links below to learn more.