Although aquaculture provides many benefits, there are several concerns linked to it as well. The impact it presents to the areas it is practiced in needs to be managed to ensure a sustainable operation. Otherwise, aquaculture would suffer the same fate as overfishing wild populations. 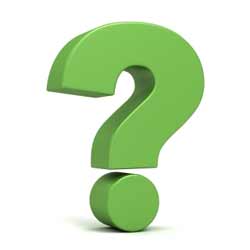 The first impact aquaculture has is on the surrounding environment the specific operation exists in, with a primary concern being pollution. A successful fish farm, for example, requires fish meal to sustain its stock. As with any other agricultural practices, the consumption of food by the stock results in waste products. Because the population of a species in a fish farm is significantly more dense than what would occur naturally, the waste products generated are more concentrated as well. For a fish farm, if it were left unchecked, the living conditions for the stock would soon become too toxic for survival. And if the possibility exists for those water products to leave the pond or culture tank, surrounding life forms will be negatively impacted too. For cages or nets at sea, those waste products are able to contaminate the surrounding marine areas.

Poorly managed fish farms can also be a haven for disease, such as fish lice. While the lice are detrimental to the health and quality of the fish, other diseases can actually have an impact on the fish farmers and local inhabitants as well.

Many aquaculture operations include aquatic species not native to their surroundings.
Whether the operation includes managing salmon in seawater pens or carp in fresh water ponds, the possibility exists for the exotic species to escape to their surroundings. Once they’re allowed to mix in the natural surroundings, several adverse effects can result. The non-native species would have the opportunity to breed with native species, altering the genetic diversity of that area. The exotic species may turn to local species as a food source now that their source of nutrition in the fish farm is not available. Or, the newcomers may be able to out-compete native species for food sources, placing an unfavorable amount of stress on that species.

One side effect of creating a fish farm where there had not been one previously is the impact on the local bird population. Birds may congregate in the farm area, seeing the stock as a possible food source. Local crop production may not be able to withstand the increase in bird density.

A last possible negative aquaculture impact can be the loss of land. Fish farms in manmade ponds require a significant amount of acreage if the species is to be raised from fry to fully mature adults. That acreage cannot be used for other purposes, which can have a significant impact on growing areas or locations with other agricultural needs.

As with many agricultural operations, foresight into these negative impacts can be avoided and actually turned to positive results. Biomaterial from fish farms, if not toxic or overly rich in specific chemicals, can be dredged and used as fertilizer in the production of local crops.

INTERVIEW: Fish Farming Around the World (NEXT PAGE)