Aquaculture is a vibrant international industry, supplying aquatic organisms to people worldwide for eating, sport or business purposes. Many people believe the fish delivered to their plate at their favorite restaurant came from a wild, natural location, but the truth is aquaculture is responsible for about half of the annual fishery production in the world. Half of that production is in finfish, one-quarter comes from algaculture and the rest comes from shrimp and mollusks. 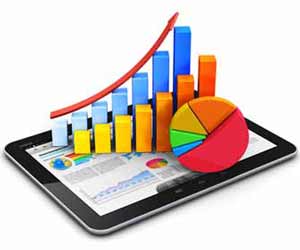 The USDA Census of Agriculture has reported there were a total of 6,493 aquaculture farms in the United States in 2012 with over US$1.5 trillion in sales.

The top five U.S. states in terms of number of fish farms are all southern states. Louisiana leads the way with 873 farms, followed by Mississippi with 403, Florida with 359, Alabama with 215 and Arkansas with 211.

But aquaculture is a global industry. The United States is a net importer of seafood. While its top export product is frozen Pacific salmon, it imports over six times that export total in shrimp, tilapia and Atlantic salmon.

Producing all that seafood requires much human involvement. The Food and Agriculture Organization of the United Nations reported in 2014 that the number of individuals worldwide whose primary employment came from aquaculture and fisheries was about 39 million. Only about one-third were full-time workers, while the rest were seasonal or part-time employed. That figure was about three percent of worldwide agriculture employment. China had one-third of that total, with Asia in general covering eighty-five percent of all jobs.