Here are is a glossary of photography terms, with special regard given to digital cameras and technology.

Archival – Refers to storing or framing photographic images in acid-free environments; also refers to paper and inks that are permanent and highly durable.

Acquire – To import digital image files into a software application for processing or editing purposes.

Artificial Light – Light that comes from a fabricated source. It can refer to domestic lighting or studio lighting in the form of umbrellas and light boxes.

Copyright – A form of protection provided by the laws of the United States (title 17, U.S. Code), and other countries, to the authors of “original works of authorship,” including literary, dramatic, musical, artistic, and certain other intellectual works. This protection is available to both published and unpublished works. Section 106 of the 1976 US Copyright Act generally gives the owner of copyright the exclusive right to do and to authorize others to reproduce, distribute, perform the work, and/or display. These laws are similar in all countries.

Blowup – An enlargement created from a smaller slide and printed onto paper or some other light-sensitive surface.

CD-Recordable (CD-R) – a compact disc that holds either 650 or 700 MB of digital information including digital photos. This is often referred to as ‘burning’ a CD. They are useful for storing digital images for professional use. They can only be written to once.

Digital Camera – A camera that captures the photo not on film, but in an electronic imaging sensor that takes the place of film.

Digital Single Lens Reflex (DSLR) – This is the digital equivalent of a SLR camera. The difference between this and a traditional SLR is that a DSLR does not need film. The photograph is recorded on a digital image sensor and saved onto a memory card.

Dots Per Inch (DPI) – Printing term for resolution also referred to as PPI (Pixels-per-Inch) when describing monitor resolution. The higher the PPI/DPI, the higher the resolution of the resulting image will be. To view images at magnifications of up to life-size on a computer screen, you only need 72 DPI. For offset printing, the image must be set to 300 DPI at the desired print size, and for inkjet prints anywhere from 180 to 360 DPI at the desired print size.

Inkjet – A printing method where the printer sprays ionized ink at a sheet of paper. Magnetized plates in the ink’s path direct the ink onto the paper in the desired shapes and patterns to make an image.

Print – A positive picture, usually on paper, and usually produced from a negative.

Post Processing – In the days of film photography, this referred to work done in the darkroom. In addition to developing photos and printing, this can include darkroom processing and editing techniques, such as correcting color casts, burning in bright areas and adjusting the contrast. In digital photography, however, post processing means adjusting your digital photos using image-editing software using programs like Adobe Photoshop. The same adjustments that were made in film can be reproduced with software.

USB – Universal Serial Bus: a protocol for transferring data to and from digital devices.

Pixel – Picture Element – digital photographs are comprised of thousands or millions of them; they are the building blocks of a digital photo.

RAW – This includes information that comes directly from the CCD that has not been subjected to any editing or altering. 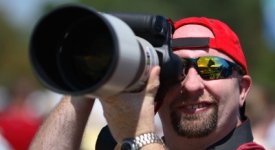