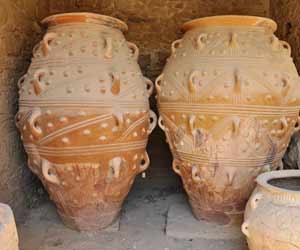 Prehistoric archaeology refers to the study of material remains from cultures that have left behind no written records. Since written records came into use at different times in history throughout different parts of the world, prehistory has no definite time period. For example, written records were in common usage in Europe long before they were in the Americas. Our understanding of prehistoric cultures, therefore, is largely dependent upon archaeological research.

Prehistoric archaeologists sometimes choose to further define their specialty by narrowing their focus onto such areas as lithic analysis, which is the study of prehistoric stone artifacts, or ceramic analysis, which is the study of archaeological pottery remains. Through such analyses, archaeologists have the ability to determine such things as the origin of the material and the function of the artifact.

Prehistoric and historic archaeology are not the only specialties that archaeologists may narrow their focus to. They also generally choose to focus their research on specific geographic locations that interest them and/or major cultural developments that took place in the past. For example, some archaeologists may choose to study the Warring States Period of Ancient China, Bronze-Age Greece, or the Antebellum South of the United States. Others, however, may choose to study broader cultural developments in history, such as the African Diaspora or the Industrial Revolution.

Your research focus will undoubtedly evolve, shift, and transform over the course of your career to suit your interests and needs. But just remember, wherever your historical interests may lie, there is a place in archaeology for you.