The reforestation industry in the United States is just as prominent as in Canada and also has private and public opportunities. There are 193 million acres of national forests in the United States, which is managed by the U.S. Forest Service. In addition, the country includes approximately 84 million acres of national parks, much of which is forested area. 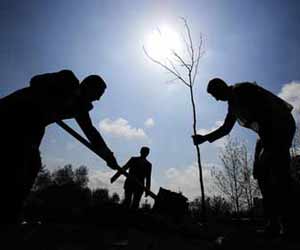 To manage all this forested area, the U.S. Forest Service employs more than 30,000 employees in full time positions across the country, ranging from forester jobs and park rangers to accountants and public relations analysts.

While the need for foresters will not disappear, recent forecasts suggest it may not grow as fast as other employment sectors. According to the U.S. Department of Labor, government employment of foresters is expected to grow by four percent between 2016 and 2026, which is slower than the average for all occupations. In 2016, there were approximately 14,000 foresters and that number is expected to reach 15,000 by 2026. The department cites recent industry forestland sales, budgetary constraints and a trend towards moving forestry jobs to contract positions as the major contributors to a loss of jobs within the traditional forest industry.

Expectations of the forester role appear to be heading more into fire prevention and suppression as urban sprawl moves into commonly uninhabited areas.
As a result, federal budgets have had less room for traditional forestry roles in favor of funding the fire programs or other programs, such as law enforcement.

State governments also expect to see little growth in the number of forestry positions in the near future due to budget constraints. State-provided incentives to private landowners are increasing in popularity as of late. Primarily those which encourage them to dedicate their forested areas to maintain wildlife habitat, protect watersheds and limit tree harvesting practices. This, in turn, could raise the demand for forestry positions to design or run the resultant programs.

Not all the news is negative for forestry job seekers. As the baby boomer generation grows older, a significant number of people in all employment sectors will begin to retire. This would create an increase in the number of open forestry positions.

The best opportunities for forestry positions will most likely fall in the private sector. As governments or individual businesses move their services to contract positions, those businesses specializing in reforestation and treeplanting services will probably find opportunities through the United States.

Reforestation in Canada (NEXT PAGE)