Ever turn on the television on a Sunday afternoon in the fall and wonder how coaches like Pete Carrol (Seattle Seahawks), Bill Belichick (New England Patriots) or Jason Garrett (Jason Garrett) got to where they are? Well keep reading, because there’s price to pay, but it can be a very rewarding career if you choose to make it at the professional level.

First off, one thing to consider is, while the NFL (National Football League) is the most high-profile of the professional leagues, there is also the CFL (Canadian Football League) who also pay their coaches substantial amounts of money. 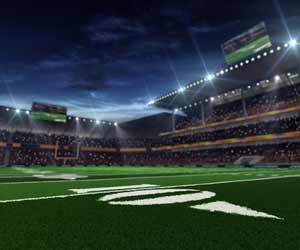 Professional coaches have a lot to consider in order to coach a team or a specific position.

Unlike coaches at other levels, they don’t have to arrange for transportation or work with parents and families, but because there is a lot of money involved, they constantly have to deal with the media scrutiny, an unhappy fanbase, the owners and general managers, the players, and their agents as well. See SportsCareerFinder, a content partner, for sports agent job information and much more too.

To say it’s a daunting task is an understatement, but those that are able to balance things out from the win-loss, public relations perspective while also working up game plans, evaluating talent and putting in the necessary time in order to be fully prepared, can see a lot of success both professionally as well as financially.

There are no certifications necessary to become a professional football coach, but they must be good teachers, have an outstanding work ethic and be self-motivated. One thing common with all coaches is a competitive nature that won’t allow them to accept losing. Their players don’t want to lose, their fans and owners don’t want to lose and the coaches  shouldn’t accept losing as the norm. Also helpful is the ability to motivate players who are, a lot of the time, making more money than you are. That can be difficult, but the ones who can do it are generally the most successful in the business.

As far as a time commitment, coaches in the NFL – and likely the other professional leagues – generally spend about 100 hours per week working on things. As they get older, they delegate more power to their assistants and learn to work “smarter” rather than “harder.” Several head coaches have been known to have “sleeper sofas” in their offices which allows them to get four or five hours of sleep before they have to begin another day on the job.

During the offseason, which has become a bit of a misnomer over the past 20 years, coaches spend most of their time breaking down opponent football film, running mini-camps and doing public relations things (going on radio and local television shows to promote the team and different charity events) that keep the team in the spotlight.

Most NFL teams have at least 10 to 15 coaching positions and some have twice as much, so the jobs are out there to be had, however it is a very competitive field and it can be hard to get your foot in the door. However, persistence and a demonstrated knowledge of how to coach and evaluate talent could go a long way in getting you started in a coaching career at the professional level.

Job Title: Professional Football Coach
Office: Football stadiums and various pro team head quarters
Description: Coach a specific position or an entire team
Certifications/Education: No Certification necessary, but most have a college degree of some sort
Necessary Skills: Communication/People skills, Competitive nature, drive to be successful, knowledge of the game of football
Potential Employers: NFL and CFL teams
Pay: Most assistants make in the $250,000 range and most head coaches make $3 million and up