Soccer has long been considered the most popular sport in the world, and statistics prove that to be true, however, more and more kids are playing the game of basketball and countries from all over the world – including Israel, Spain, South Korea, Argentina and Australia to name a few – have started their own leagues over the past two or three decades with varying degrees of success. 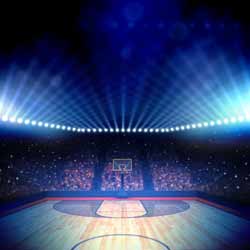 Because Americans see the NBA played on television and see the scores in the local newspaper or on sports websites, many assume that is the only professional league they can get a job in, but that certainly isn’t the case.

Related: Jobs in the NBA

52 leagues exist in over 40 countries and they currently feed NBA-ready prospects and many smaller regional leagues that are looking to employ able-bodies coaches as well.

Head coaches in the NBA, as of the last polling back in 2016, were making between $2 million and $11 million while coaches in other leagues generally make in the $200,000 to $1 million range depending on the success of the team and the prestige of the league, as well as the size of the city the team is located in.

As far as assistant salaries go, NBA assistants usually bring in anywhere from $300,000 to $1 million depending on their experience and success, whereas assistants in other leagues can range from as low as $35,000 to $200,000 with a lot of variables playing into the salary.

As with most jobs, the success and background of the coach, whether it is a head coach or an assistant, has a direct correlation on the amount they can command when negotiating a salary. However, more goes into it than just success on the court.

As a head coaching job candidate, a person must have excellent people skills, able to teach players different schemes, techniques and fundamentals, while also working with management on different things, speaking to the media and making personal appearances to build up the publicity of the team.

The time commitment for each coaching position is different, but it can still be a very consuming job, depending on the stakes.

Head coaches generally tend to spend at least 80 hours a week on the job during their seasons. In the NBA, the season runs from late September (the start of training camp) to the end of May for the regular season and then on into June for the playoffs and finals.

In other leagues, most seasons last around six months, but they are at all different times of the year. Some start in the summer (WNBA) while others are played at the same time the NBA gets going.

While most coaches have extensive playing experience, that isn’t a qualification to get a job.

If a coach is willing to travel to get their “foot in the door” then a lot of jobs will open up for them. They can work their way up from coaching defense or offense or strength and conditioning to the top of a prestigious team.

There are hundreds of jobs available. Think you have what it takes?

Job Title: Professional Basketball Coach
Office: Basketball gyms and field houses all over the world
Description: Coach an entire team or a different aspect of the team
Certifications/Education: No qualifications other than knowing the game of basketball
Necessary Skills: Communication/People skills, Competitive nature, drive to be successful, knowledge of the game of basketball
Potential Employers: Professional leagues all over the world
Pay: Range is anywhere from $15,000 for a beginning assistant coach in smaller leagues up to $5 million or more for top head coaches in the top league (NBA) in the world