Did you know that there are 15 national parks and 24 state parks in Alaska? On JobMonkey we only highlight several of the largest, most frequently visited parks: 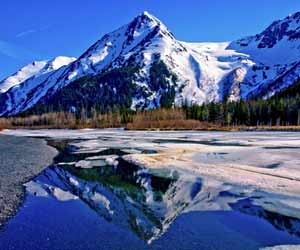 The number of visitors to these parks in an average year totals more than 2 million people! Many of these parks offer guided tours, including kayaking, hiking, rock climbing, and other adventure activities. That’s why the parks are a great place to go to search for summer employment. There is a need for more employees during the peak tourist months of June, July, and August. Some of these parks have lodges or hotels, and they are in need of additional workers during the summer months. In addition to these parks and the Alaska summer jobs they provide there are so many other beautiful places. Be sure to visit the National Park Service Website (Alaska Region) for all kinds of great information on these parks:

Wrangell-St. Elias is the largest park in the nation with 13.2 million acres!

No Alaska job search would be complete without looking into summer jobs in the national parks. National Parks Employment can be found with the NPS itself or one of the many concessionaires operating in the parks, which provide buses, hotels and lodges, and tour guide services (among other things). The National Park Service employs more than 10,000 people each summer.

The jobs fall into these primary categories: (1) visitor use attendants, (2) park guides, (3) biological science technicians, (4) park rangers, and (5) seasonal maintenance employees. You can search for jobs and apply to the ones you’re interested in at the government’s website, USAJobs.com. Be sure to check the Alaska Job Center for seasonal work as mentioned above plus other Alaska state jobs.

Learn more about the largest, most popular parks in the pages that follow. 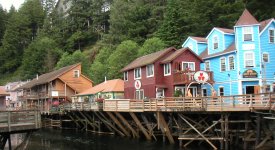