The bank branch security guard is responsible for the security and protection of the bank’s employees and all assets. Depending on the bank, the guard may also be expected to enforce the company’s overall safety requirements.

Guards will need to stay alert to watch for potential threats to the safety of employees and customers. Bank branch security guards will also need to investigate any suspicious behavior among the customers or employees to safeguard the financial assets of the branch. 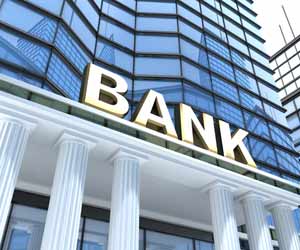 There are times when a disgruntled customer may become a threat, and the guard will need to diffuse the situation.
Guards may also be required to know and enforce bank and federal safety regulations.

In the case of a robbery, the guard must know how to safeguard the customers and employees, and acts as a liaison between the police and the branch.

Being a bank branch security guard can be a dangerous occupation, as often banks, especially those in large metropolitan areas, are targets for robberies. Guards are often the first person the robbers want to disarm and disable. If you are interested in protecting others and are not opposed to the potential dangers of the job, being a bank branch security guard may be the right career for you. Keep in mind that some banks hire security agencies to provide armed guards at branches, rather than hiring their own guards.

Branch bank security guards will need to have earned a high school diploma or GED, although some banks prefer security guards with some higher education. Bank guards are one of the few security positions that require the guard to carry a gun, so branch security guards are also required to be licensed through a state agency to carry a firearm. There may be additional training and education required, depending on the state and the bank that is employing you. For specific requirements in your state, contact the human resource department of your local bank or security guard agency.

Most security companies or banks require that their security guards be fully trained to handle all kinds of security-related threats that may arise while on the job. They also expect their guards to have at least a few years of experience and be licensed to carry a gun. Most banks also expect security guards to possess a valid driver’s license in case the guard needs to transport cash or employees.

Branch bank security guards will need to be able to stay alert while on the job. Guards must be observant and be able to recognize a threat to the bank’s security, as well as be able to report suspicious or criminal behavior to the police and bank authorities. Security guards also need to recognize routine threats to the safety of customers and employees, such as slippery floors, icy sidewalks, and other potential hazards.

Guards must be friendly to customers and interact well with all branch employees.

The U.S. Bureau of Labor Statistics says that the average annual salary for security guards is $25,840. Keep in mind this salary includes security guards in other businesses and industries. Branch bank security guard salaries can vary widely from this average, depending on where the branch is located and whether they are hired by the bank or a security agency.

There are many career paths available today for security personnel. Some guards may be promoted to supervisor or security manager positions within the bank’s other departments, eventually becoming head of overall security for the bank.

Guards with postsecondary education may have an advantage in securing these supervisory positions. Within the bank there are new security-related departments that guards could be promoted into, such as fraud protection and forensic investigations.

If a security guard has management skills he or she may open his or her own contract security guard agencies and contract with other banks or companies. Guards can also move to larger banks that need higher levels of security, which may result in more responsibilities, benefits, or higher pay. 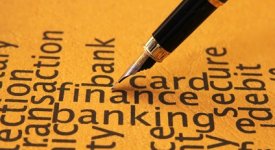