There is a Shortage of Nurses

There’s a significant nursing shortage and it is being driven by a number of different factors:

The general population in the United States is getting older, or as some say, "chronologically gifted." 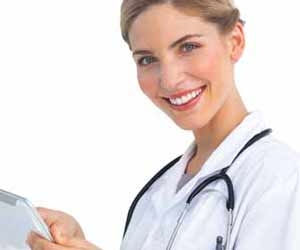 This also means that the pool of available nurses is also getting older. The average age of RNs began to increase dramatically after 1985; and the average age of an RN has increased four months every year since that time.

Despite growing pressure to graduate an ever increasing number of nursing students to care for our aging population, schools of nursing are not able to enroll students fast enough to meet the need. While this is partly a result of not being able to assemble resources quickly enough to handle higher enrollments, not to mention lack of clinical sites, one of the biggest bottlenecks in the nursing shortage is caused by lack of nursing school faculty.

By the way, there are other medical careers experience a shortage of workers. Health care facilities, for instance, can’t get enough people to fill diagnostic medical imaging jobs.

What’s Being Done to Address the Shortage?

In fact, a number of different entities are working to help ameliorate the nursing shortage. This includes government and nongovernmental non-profit agencies as well as health care related for-profit corporations.

For example, the American Association of Colleges of Nursing (AACN) is working with schools, policy makers and the media to bring attention to the shortage.

The Johnson and Johnson corporation has sunk a lot of cash into their Discover Nursing campaign, financing not only a huge clearinghouse website full of information for individuals interested in pursuing nursing as a career, but also media and print campaigns to promote positive images of nursing.

In the last five years, many state governments initiated and funded programs with the hope of encouraging practicing nurses to return to school and work towards graduate degrees. It is hoped that these nurses will help release the bottleneck caused by lack of nursing faculty and provide a workforce to educate the next generation of RNs.

At the federal level, in the last few years the U.S. Department of Labor awarded more than three million dollars of training initiative money, earmarked to help address the nursing faculty shortage.

What Does This Mean for Prospective Nurses?

What is the result? The Federal Bureau of Labor Statistics predicts that employment for RNs will grow much faster than average for all occupations through 2020. In fact, registered nurses are projected to create the second largest number of new jobs among all occupations and it is predicted that in 2020, the demand for RNs will have grown nearly twice as much as the expected increase in the RN work force.

In other words, the nursing shortage means the job market for RNs is wide open. Take a short visit to any nursing employment related website to get a taste of what the hiring environment is like in your area. Phrases such as "Sign-on bonuses!," "Twelve weeks paid vacation!," or perhaps even "We’ll raise your children!," and "We’ll walk your dog!" are code for "Help, we’re desperate!"

Day in the Life of a Nurse (NEXT PAGE) 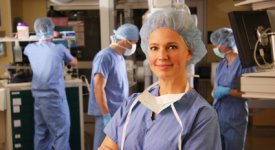