How to Make Wine

If you are looking to break into the wine industry, it is essential to know at least the basics about wine. And while much of this can be done by hands-on research, before you grab that glass of wine, let’s take a second to see how to make wine.

The short and simple is that wine is basically just fermented grape juice; different wines come from different types of grapes. However, winemaking has evolved into almost a science, fit with laboratories and scientists that examine the process each step of the way. 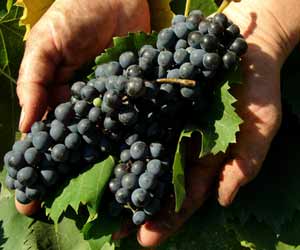 Let’s start by looking at what those in the “biz” refer to as viticulture.

This term encompasses the growing and training of the vine to produce sought after grapes. The first three to four years of a vine’s life are spent simply putting roots down, and they often do not produce grapes. Vines are considered in their prime between 12 to 40 years of age because their roots are deep enough down to avoid drought or flooding. However, the age of the vine is simply one factor in grape growing that ultimately affects the quality of the wine.

Another factor is irrigation, or the amount of water that is provided to the grape during the growing stages. Too much water can dilute the flavor of the grape, while too little water can change the taste of the grape altogether.

Other factors considered in viticulture are the layout of the vineyard, canopy size and how much to allow the crop to yield. These factors affect the sunlight exposure, which ultimately affects the grape. These are typically determined during the year-long season of the vine.

Seasons of the vine:

Bud swelling and break: This occurs early in the year between January and March. The bud begins to wake up and starts to become visible off the vine.

Leaf, shoot and flower emergence: Leaves, shoots and flowers become visible on the bud during the February through April timeframe.

Bloom: The flowers take April through June to go through their bloom.

Berry set: During June, the flowers fertilize and attach to the stem, eventually producing the berry.

Berry enlarging and cluster set: During the months of June and July, the berries enlarge and form their cluster.

Véraison process: During the months of July and August, the grapes start to develop their color, sugars, and acidity.

Harvest: Finally, in September and October months, the grapes are ready to be picked and turned into wine.

During this entire process, workers are pruning and cleaning the grapevine, as well as monitoring for disease or pests. The vine care does not simply take place in the fall (and the seasons will change depending on the geographic location, this is based on the U.S.) when it is time for harvest. Rather, this is a year-round process.

Yet another factor in the quality of the grape is a term referred to as terroir. This term differs from the other factors because most of these are less controllable.

This is why the location for a vineyard is very crucial and should always be considered before planting.

The final factor in the quality of wine is, of course, the winemaking process, or vinification.

As expected, this can be a long and tedious process, depending on the type of wine being produced. For our purposes, we will keep it simple and look at the four most basic steps of vinification.

After the grapes are harvested and de-stemmed, they need to be crushed to get the liquid (must) out of them. If you are picturing men and women jumping on top of gigantic barrels of grapes, you may have been right 100 years ago. As with everything else, wine has evolved into mechanical production. The crushing and pressing are done by machines, rather than the hard work of many dancing people.

If a white wine is being produced, the grapes will be pressed quickly in order to alleviate skin contact (which affects the color of the wine). In contrast, red wine will allow the grapes to be in contact with the skin for a much longer period of time, typically throughout the fermentation process in order to preserve color and tannins. White wines will be run through the press prior to fermentation, while reds will do it following fermentation.

During this process, yeast or other chemicals begins converting the sugars in the must to alcohol. For red wines, this process can take anywhere from 5 to 30 days. While being fermented, the grapes are either pumped over or punched the cap to help evenly distribute contact with the grape skins (see the glossary for more specific definitions).
For white wines, the fermentation process is usually shorter, but it will depend on if it is meant to be a dry or sweet wine. The fermentation for white wines also differs from reds since the white will be taken away from the skins during this process.

There are many ways to clarify the wine, and it will differ between white and reds. Reds will be pressed during this stage. Before the press begins, the drainage is referred to as free-run and is the prime juice used for wine. After the press squeezes the remaining juices, this is usually aged separately as it changes the texture and flavor to the juice.

Another clarification technique is called racking, in which the wine is simply moved from one barrel to another. The solids will typically filter to the bottom during this process; however, it also exposes the wine to unmonitored levels of oxygen.

A more precise technique that has popped up is called micro-oxygenation and is similar to racking, but involves less amounts of oxygen to influence the wine.

Another interesting process is referred to as fining. This is when different substances are added to the wine to collect the solids. Many winemakers add things such as egg whites or clay to attract the lees (solids within the wine) and thus clarifying the wine.

The final steps in the winemaking process are aging and bottling. It depends on the wine (and the winemaker), but more often than not, wine will be aged in oak barrels or other contraptions. The oak component adds flavor and depth to the wine, and will vary depending on the age of the oak, size of the container, and the origin of the oak. As with every other step in this process, there are endless possibilities to influence the flavor of the wine.

Lastly, the wine is placed into bottles for its final step. For some wines, it is recommended to age for a certain period of time. Others are at their prime as soon as they are placed in the bottle. Regardless which one, remember how long the road was to get there and enjoy it.

Types of Wines (NEXT PAGE)