How To Work For Disney

Disney – the name inspires such awe and sentiment, automatically reminding you of your childhood. Well, what if you could actually work for Disney?

It could be, a dream come true! With such a large corporation, which started out in 1923 as a cartoon studio, there are no shortages of Disney jobs. They range so drastically that anyone can find their dream Disney job just about anywhere in the world. 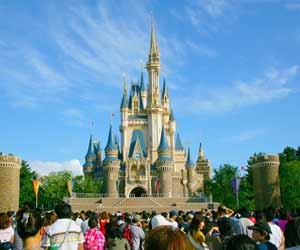 To work for Disney means that you could be leading a group around a Disney theme park, working in the offices handling administration, making Disney video games, working in a retail environment, working in hospitality, entertainment or IT at Walt Disney World Resorts, working on the Disney Cruise Line, working at Disneyland Resorts, or making movie magic. Within Disney’s movie industry alone there are hundreds of different job opportunities including producing, directing, acting, crew, sound engineering, animation, and costume design.

Walt Disney World Resorts offer various paid internship and college programs which allow people from all over the world to work for them, getting a foot in the door, so to speak. The college programs are for graduates and undergraduates with emphasis on those involved in a Master, J.D., PhD, or MBA program. Internship opportunities are as follows:

Walt Disney World Resorts also holds regular auditions for people to join the team working on various rides and theme park activities as well as putting on live appearances as beloved Disney characters. Disney is in fact one of the largest live entertainment companies in the world. There are specific requirements about your looks and you should be available at least 2 or 3 days a week if you work on a part time basis. To work in this sector you should check out the audition and casting calendar as there are sometimes open casting calls that you can attend, or closed ones if you are part of a talent agency.

Walt Disney Animation Studios offer student programs for aspiring animators and hire animators based on the level of knowledge they have using certain programs like Maya and Photoshop along with proficiency in 3D environment development, character modeling, object modeling, graphic design, texture/shading, storyboarding, and character rigging, among other skills. A Bachelor of Fine Arts or BA in engineering, arts, computer science, or mathematics is preferred for these positions as well as for design jobs offered through the Disney Interactive Media Group. To work for Disney animation you can simply apply on their website.

If working for Disney is your dream, then you will find that there are literally hundreds of options you have, no matter what industry you are involved in.

How to Become an Event Planner (NEXT PAGE)

How To Become Section