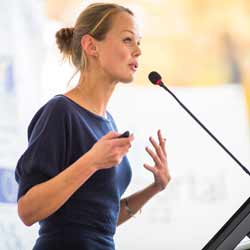 When speaking to former tour guides and tour directors who are in charge of hiring new guides, they consider the most important factor above all others, to be the ability to get on well with people. One tour manager pointed out:

“You can’t do this job if you don’t like people. You have to love and care about people, enjoy their company, and get on with everyone. That is the nature of the job.”

People skills are at the fore of the touring industry as you will be working with all kinds of people every day. The tours eventually get mundane and can become boring if you visit the same museum over and over again, but it is the people who change and make it interesting, and in turn you have to show them that you are just as interested as they are by the sights and attractions that you are showing them. Remember this is probably the first time, they have ever seen these attractions, so your job is to be excited with them, and make them feel comfortable.

Here are some of the most important skills that you need to have and develop if you want to become a top tour guide.

You will generally be speaking in front of a huge group of people on most of the tours you lead. Groups can have anywhere from 10 to 60 people, so you have to understand the basic principles of public speaking. It is a great idea to do a Toastmaster’s course or public speaking course so that you get more comfortable with addressing people in a relaxing and engaging way. You should learn how to speak clearly, how to project your voice, how to talk calmly and slowly so that people can understand you, and also learn how to control your breathing so that you don’t get tired. Narration falls into this category somewhat, because it has to do with speaking to your group, but narration is far more than just public speaking. It is knowing how to relate a story to someone. Story telling is one of the key elements of guiding tours, especially in historically significant towns or areas where lots of interesting events have taken place. Narration is all about being enthusiastic, capturing your audience’s attention and allowing the tourists to feel as though they are part of the story.

One tour guide explains that it can be a challenge when you first have to do the commentary on tours:

“It is nerve-wracking and scary to stand up in front of all those people and speak. It does get easier though and eventually you learn to improvise and add in a few of your own stories and extra bits of info you come across. You are just talking and if you think about the commentary as though you are just speaking to a group of your friends, it makes you relax and you gain confidence.”

One important part of narrating to people is to not overwhelm them with facts and figures. Dates are important to know, but it is not interesting for people to listen to lists of dates. Rather make it more interesting by formulating a story around it. Cherie Anderson explains that tour guides should find stories around the sights or areas that they are showing. It doesn’t have to be long, just a line or two, but something that will capture people’s attention and imagination. She says that, for example, instead of listing dates that certain structures were built, you could rather tie in the building of a monument with other things that happened in history such as the ending of a war perhaps.

Another tour guide, Adam Edwards, working in California stresses the importance of throwing in some fascinating facts and additional information to your narration.

“If someone asks me, “Is that the accelerator there?” I don’t simply say yes and leave it at that. I throw in some extras, for example, I say, ‘Well, that it just a part of it. The actual beam is roughly 25 feet underground. But to power the beam we use 240 klystrons. See those machines over there with the red cylinders? They are located above the beam in this shed which 2 miles long and actually the longest building in the world. In fact it is around 10 feet longer than the Hong Kong airport terminal! Any fascinating fact is great to share and gives visitors that wow factor, which guides enjoy as well.”

Just like any job, problems tend to arise, but when you are on a tour with a group of people to look after, the problems can sometimes be quite big. Problems could range from tour buses breaking down and leaving the group stranded to one of the passengers getting ill and needing to get rushed to the hospital. Problems can also be small ones, like a passenger complaining that they are too hot, or some members of the group arguing. You have to be a good problem solver if you hope to be a good tour guide, and know how to deal with anything that comes your way quickly and effortlessly. Companies have to know that they can trust whoever they hire to handle any situation efficiently and effectively.

Being good at languages is another great skill that tour guides should have. While you are not required to speak another language at many companies, it is something that is becoming more and more popular nowadays, as international tours are increasing in the United States and around the world. If you can speak a second language you will stand a better chance of being hired, and if you speak more languages, then that is even better. Foreign languages can be taken as online courses or you can often attend night classes to learn another language. With a foreign language you will not only be qualified to lead international tour groups around America, but you can also travel with an American group to that particular country as you can communicate with the locals and make the travel experience that much easier and more enjoyable for the group. Even if you can only speak a little of the language, this is enough for some tour companies, so mention this in your job applications.

Being organized is a skill that many people neglect to mention when you want to become a tour guide. Developing this skill is one that will make your job easier and that will stand you in good stead for the rest of your career. Tour companies and escort agencies prefer to hire people who demonstrate excellent organizational skills, as it makes their lives easier. It eliminates problems on the tour, it saves them time and money, and it reduces risk. Any previous leadership positions or organizational roles you have had should be mentioned in your resume.

Mr. Reed-Drake comments, “You must be in control and completely organized at all times. You are organizing a group of people, chatting with them, informing them about various places, partying with them, and sometimes even counseling them. You must be a leader.”

Promoting Your Skills (NEXT PAGE)