A former clothing store manager, long-time volunteer and mother of two, Emily Nathlich practiced yoga for five years before she decided to open up a branch of the global Body and Brain Yoga Studio. With the support of her family and the help of her business partner, her vision for the Woodinville yoga studio has manifested into a local community resource for many people who are experiencing great stress in their lives. The Body and Brain Yoga Studio franchise hosts yoga classes for teenagers, adults and seniors alike. 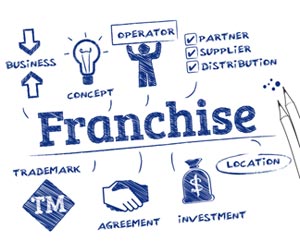 Tell me about your decision to open a franchise of the Body and Brain Yoga Studio.

I went through breast cancer treatment, through which I learned yoga. During my recovery process, I felt I received so much healing through the practice, so this personally felt like the best way for me to give back.

The franchise opportunity came up, so I purchased the franchise for $30,000 (including the $20,000 franchise fee and $10,000 training fee). My business partner and I each put an additional $10,000 toward building out the space.

How were you able to finance the franchise?

I refinanced my house to get the exact amount of money I needed to put toward the business. It ended up working out perfectly this way for me. I know other people who have gotten side jobs to save the money. Some people hold garage sale fundraisers to do so, or ask for small amounts of money from many friends, family and community members. Some people get help from investors. It was important for me to put my own money toward this endeavor.

Tell me more about the franchising process.

I was really glad I hired a lawyer to make sure the franchise contract/agreement was the way I wanted it to be. There were certain things I wouldn’t have been aware of without the help of my lawyer, such as the fact that my personal property would be affected if something went wrong with the business. I wished to keep my business separate from my personal life and my lawyer helped make that possible. I originally did not want to spend the money to hire a lawyer, but now realize that it was the best thing we could have done to develop a clear understanding of the meaning of the contract.

What were some of the biggest challenges you encountered?

There were so many challenges! We found the space we wanted to build the studio in during September 2009 and opened in March 2010 because we ran into so many difficulties with the city. One of those challenges was the fact that we had created our schedule to include a 6pm yoga class. The local city planner asked to see our schedule and said they would charge us an additional $6500 for bringing traffic into this area between 4 to 6pm.

I would recommend that anyone interested in opening a yoga studio check in with their city hall first. Go visit and tell them you’re considering opening a business in the city and would like to know who to talk to about what you need to know and the city’s rules and regulations.

It was difficult to find a good contractor. I strongly recommend getting at least two or three estimates if you are building your own studio from scratch, as I was able to find one contractor who gave us an estimate of half the amount the others were providing.

Tell me about your yoga studio marketing efforts.

There’s no question that marketing a yoga business is pretty important. I got involved with the Chamber of Commerce as a way to get involved in my city.

They did a ribbon cutting ceremony for us, and we invited our newest members, their friends and family to it. This event was also featured in the community newspaper. I put an ad on Craigslist offering an invitation to the grand opening ceremony.

We put together a free class for local business employees. We receive many calls from advertisers but are not going to do that because it’s so expensive. The best business occurs through referrals, so we are offering an incentive to our members to bring others in. We created a Facebook fan page that also helps get the word out.

What advice do you have for people interested in starting a yoga studio or chain?

See all the challenges that come your way as opportunities for growth. Make sure your motivation to do this is strong. Don’t let anyone discourage you.

I personally can’t imagine doing anything else. I feel like I have the best job on the planet. Every day after class, students smile, say they feel so much better and thank you so much. It’s just so, so rewarding.