The History of Yoga

Yoga originated in ancient India thousands of years ago. The word “yoga” derives from the Sanskrit (ancient Indian language) word “yug,” meaning to yoke, or unite. Though many people in modern times think of yoga as just a physical practice that can help you become healthier physically, the deeper purpose of yoga practice is deeply spiritual and intended to help unite your individual soul with the universal consciousness. 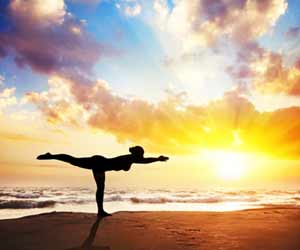 Yoga is said to be as old as mankind, though there is no real evidence to prove this belief. There was, however, archaeological evidence of the presence of yoga around the year 3000 B.C. in stone seals. Scholars also believe that yoga has been around even prior to that, during the Stone Age when shamanism was popular, and that yoga and shamanism together helped heal members of particular communities.

The ancient Hindu text called the Vedas is the scripture that possesses the oldest teachings of yoga. The Vedas appeared sometime around the first and second millennia B.C. up to the 6th century B.C. in what is now India, Pakistan and Afghanistan. Many wise sages called rishis lived solitary existences in the forests, where they wrote down their visions to benefit mankind. Patanjali was one rishi in particular who, sometime between 400 B.C. and 200 A.D., recorded the Yoga Sutra, which aims to define classical yoga.

Post-classical, modern yoga involves five main elements, which were made popular by a great saint called Swami Sivananda, who introduced yoga to the western world in the early 19th century. One element of yoga practice is asanas, which are the physical postures that most people associate with the word yoga.

Another element of yoga is pranayama (breathing exercises). Shavasana (deep relaxation), a vegetarian diet and dhyana (meditation and positive thinking) are the remaining three elements of yoga as commonly taught today. In both classical and modern yoga, the practice is considered to be more of a holistic lifestyle than just a physical routine.

Though these five elements are fairly common aspects of modern yoga, there are still many different styles of practice available today. The main styles of yoga that have evolved in modern times include Anusara, Ashtanga Vinyasa, Bikram, Forrest, Integral, Iyengar, Jivamukti, Kripalu, Kundalini, Power, Prenatal, Restorative, Sivananda and Viniyoga. Special types of yoga practices are also available for children, prenatal women and elderly people, as well as for people who have conditions like cancer, back pain and diabetes.

Though the central theme of yoga practice continues to be profoundly spiritual, yoga provides direct, tangible benefits to those who practice regularly, regardless of their spiritual aspirations. The benefits of yoga practice are physiological, psychological and biochemical. The physiological benefits of yoga include better digestion, improved balance, deeper sleep, increased energy, higher immunity, greater endurance, physical strength and more flexibility.

Biochemically speaking, yoga practices increase the amount of vitamin C in your body while decreasing your overall sodium, glucose and cholesterol levels, helping prevent diseases like diabetes, heart disease and certain kinds of cancer from developing in your body.

The reason yoga has played an important role in physical and mental therapy is due to the fact that the practice works on holistic principles or unification and harmony of the mind, body and spirit. See holistic medicine jobs for related careers. Yoga has succeeded as an alternate type of therapy for diseases like arthritis, asthma, high blood pressure, diabetes, digestive disorders and other chronic health problems where modern science has sometimes failed. Medical scientists report that yoga therapy is also successful because it helps create a sense of balance in the endocrine and nervous systems, which directly impact all the other organs and systems of the body.

Even for those who are otherwise healthy, yoga practice has escaped the forests of the rishis and become an integral method of obtaining relief from stress in the modern age of competition, cell phones and long work hours.

Different Types of Yoga (NEXT PAGE)