Nuclear power has been a relatively common source of energy in the US for many years and continues to remain in common use. 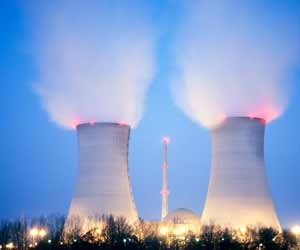 How Does Nuclear Power Work?

Nuclear energy is works by harnessing the energy produced by the nuclear fission of atoms, in which atoms split apart to form even smaller atoms and release energy in the process. Energy can also be derived from the nuclear fusion of atoms, in which atoms are combined to create larger atoms, creating energy in the process. However modern nuclear energy makes uses solely nuclear fission because, at this point, our technology has not allowed us to safely harness nuclear fusion for energy-generating purposes.

The majority of uranium in the US is mined in the western states however most of the Uranium used by US power plants is actually imported from foreign countries. A special type of Uranium, U-235, is used for nuclear power; however before it can be used to produce energy, the U-235 must be extracted and processed. The U-235 is then used in the fission process at nuclear power plants, which takes place inside nuclear reactors. The heat given off during the fission process is used to boil water, producing steam and turning turbine blades which power generators that produce electricity.

According to the Energy Information Administration, the number of people employed by the US Uranium industry in 1993 numbered approximately 871. Today, America’s nuclear power plants directly employ nearly 100,000 people in high-quality, long-term jobs. The employment number increases to 475,000 when you include secondary jobs.

Although there have been some issues surrounding nuclear energy – specifically the storage and security of nuclear waste produced by nuclear power plants – the need to maintain current nuclear facilities in the country means that demand for employees in the nuclear energy sector should continue. Continued efforts to further develop nuclear technology and make it more secure will also promote employment in research positions.

Jobs in nuclear energy offer a great range of positions. You could work in construction, helping to build and repair nuclear reactors, or you could work in a development position as an environmental sustainability analyst, figuring out ways to best maintain nuclear plants with minimal environmental damage. An example of a job in the management area would be a power station operator, who would help in overseeing a nuclear power plant. A job in assessment and awareness could mean being a safety officer who ensures that the highly important safety protocol at power plants is being properly followed. 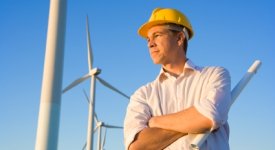