Few careers are more intriguing than those revolving around animals and wildlife. People the world over engage with animal TV shows every week. Some of the most popular spots on late-night talks shows are those involving animal handlers. Discover the truth about careers in the animal field from a professional. Seattle-based Jenny Shively is a bird expert and zookeeper who shares her insights on careers in the animal care field. 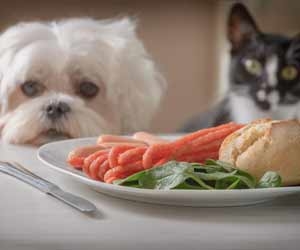 Can you describe some of the different animal care jobs you’ve had so far, and what made each one rewarding?

So far, I have had three animal related work experiences, two internships and one full time position.

Both internships involved wildlife rehabilitation but the two experiences were completely different. I spent two months at Wolf Hollow Wildlife Rehabilitation facility in Washington working with harbor seal pups and other native wildlife. This was my first taste of animal work and I learned most of the basics of animal care. Interns were given more responsibility than I had expected and by the end of the internship I found myself doing everything from tube feeding harbor seal pups to assisting with intake exams of new patients. My second internship was spent in Hawaii at Sea Life Park. This rehabilitation internship dealt solely with seabirds and lasted five months. I hand fed fledgling shearwaters, orally hydrated new arrivals, and restrained an albatross for the vet.

All this may sound amazing but one thing everyone needs to remember is that there is an unglamorous, sometimes very disheartening side of rehabilitation. Euthanasia is common and extensive cleaning duties play a major role in everyday activities.

Most recently I spent a year as a bird keeper, primarily cleaning exhibits and occasionally training or feeding animals. The best part of the job was being around animals all day, everyday. As with rehabilitation, cleaning up after the animals was the main part of my job. If you are looking for an opportunity to simply play with animals all day then the animal field may not be for you. It requires a love for animals, strong work ethic, and the willingness to clean, clean, clean!

That may be one of the most difficult questions because there are so many moments that make the job worth it! I had a red-footed booby come in to our facility with a compound fracture to the left wing.

I held it as the veterinarian set and wrapped the wing. I put ointment on the open wound twice daily, gave the bird oral medication, and re-wrapped the wing several times. After two weeks, we removed the bandage and I began working with the bird on flight therapy (stretching the wing and encouraging the bird to work up the flight muscles of both wings. We then put the bird in an outside enclosure and did what we call a soft release, letting the bird decide when it was ready to go. It started out by taking a circular flight around the facility for several days and then one day it flew straight out to the open ocean. I looked at that bird and I said, “I did that, I gave that bird a second chance!” The feeling was unbelievable, indescribable.

Another memorable moment was when I met Sid. He was our zoo’s King Vulture who happened to be hand raised. When I first walked into his enclosure I did not know what to expect, people had told me he was friendly but if he didn’t like you it could be a problem. Of course this made me a little bit wary meeting him for the first time. As soon as I stepped inside with him I began talking to him with what I hoped was a reassuring tone. The next thing I know he is strutting towards me raising up his wings and I am thinking, oh no. He stops six inches away, fully extends his wings (to an impressive 5 foot wing span), puts his head against his chest and starts courting me. From that day on we were best friends. He would let me warm my freezing cold fingers on the top of his warm, bald head. He loved to be scratched on the top of his head or under his beak. He would even nuzzle my hand.

Five minutes with him made everything else worth it.

What are the toughest aspects of your job in animal care?

The toughest aspects of the job are knowing when to let go…Letting go of a life is the hardest thing most of us have to face but it is something we have to deal with rather frequently. The best way to avoid the loss? Avoid becoming attached. Everyone says this, but if you are truly good at what you do, it is almost impossible. Overtime you learn to adapt and find a safe balance between caring for an animal and becoming emotionally attached. Also, the shear amount of physical labor involved is not only exhausting but can be very hard on your body. Many people develop back problems; you are on your feet all day and often lifting heavy objects.

EMPLOYER PROFILE: Jobs at the Cincinnati Zoo (NEXT PAGE) 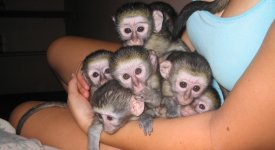