Investigators and detectives are plain-clothes law enforcement agents who investigate criminal cases and help solve crimes. A detective is assigned a case which he works on until an arrest or conviction is made or the case is dropped. This section deals with detectives and criminal investigators at the local and state levels. 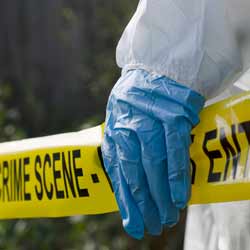 Job Description: A Day in the Life of an Investigator / Detective

Investigators and detectives are plain-clothes law enforcement agents who investigate criminal cases, collecting evidence and facts to help solve crimes. The daily tasks of a detective may include conducting interviews, following suspects, and going through suspects’ files.

After fulfilling these basic requirements and training a patrol officer must work in the department for a minimum amount of time before he or she can advance to a detective position. To become a detective you have to pay your dues and most patrol officers work in the field for many years before advancing to the level of police detective. As vacancies are made available in the department, an officer can test to become a detective. Most departments require officers to have been working for a minimum number of years – anywhere from two to five – before they are even permitted to take the written test qualifying for the position of detective.

In most cases, a detective is required to have a more advanced educational background than a patrol officer. Most departments require at least some college background. A four-year degree from an accredited college or university in a field like criminal justice, criminal law or psychology is desirable.

Salary, Benefits, and Opportunities for Advancement

The median police detective salary as of May 2018 was $81,920 annually, according to the U.S. Bureau of Labor Statistics. Like police officers, detectives are more or less required to work whenever and wherever they are needed, meaning that overtime, which is not included in these numbers, can be substantial.

Detectives and investigators always start out as patrol officers and many wait for years before they make it to the level of detective. Once you’ve scored the coveted detective job, there are still further possibilities for specialization and advancement to more senior levels. Some detectives specialize in fields such as working with juveniles, or working solely on homicide cases, for example.