Patrol Officers at the Local and State Levels

When you hear the term “police officer,” the image that usually pops into your head is that of a uniformed patrol officer. These are the men and women you see on the streets every day, patrolling the neighborhood, directing traffic, helping at emergency sites like fires and car crashes, and more. 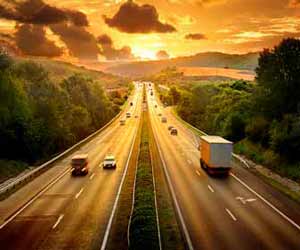 Municipal vs. County vs. State Patrollers

While municipal and county police officers work within specified city or county limits, state patrollers (commonly referred to as state troopers) have state-wide jurisdiction and can cross these geographic boundaries.

Job Description: A Day in the Life of a Patrol Officer

The two primary facets of patrol officer jobs, whether at the local or state level, are patrolling and paperwork. When patrolling his or her assigned district, an officer is always on the lookout for anything unusual, suspicious or potentially dangerous to public safety.

In addition to this general duty, if an emergency call is placed within the officer’s district, he is dispatched to investigate the situation and offer help. He may make arrests of suspected criminals if necessary.

Due to the fact that state troopers have statewide jurisdiction, a state trooper’s patrolling duties are more likely to involve jobs that cross county/city borders, like enforcing traffic laws or attending accident scenes on state highways. State police also frequently offer support to small and/or rural municipal or county police forces throughout the state.

Being a police officer isn’t all about chasing bad guys and when not on patrol, one of the biggest parts of an officer’s job is paperwork! Filling out general reports after patrol, providing details about any incidents or arrests, making notes about potential future problems – all of this takes a lot of detailed writing. Like any other job, some aspects of being a patrol officer are more exciting than others. Paperwork is a must in the law enforcement field.