Probably the most popular job on a railroad is being the Locomotive Engineer. Not only do you get to drive the train engine and control all the railway cars behind you – but you usually get to wear a cool hat too!

There’s a lot of specialized training involved with becoming a Railway Engineer. Becoming an engineer requires each person to become federally licensed by the Federal Railway Administration to operate engines on both passenger and freight trains. The regulations require each engineer candidate to complete a training course which includes classroom, engine simulator and hands-on training methods. Students must pass this course in order to be granted a Railway Engineer license. 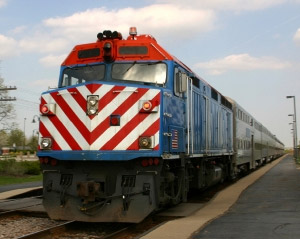 Most trains in the world are powered by diesel or electric motors and haul passengers and freight across urban and rural landscapes. Streetcars or subway engines are powered by externally-provided electricity but the basic principles of operating the engine are the same as any other train. At one time, being an engineer on a train meant simply controlling the stopping and going of the train and watching a few dials.

Nowadays, most train engines are very complicated pieces of machinery requiring a specially trained operator to keep the trains on track. Becoming a railway engineer requires at least a year of specialized classroom and hands-on training. Many people training to become engineers usually start out working as conductors or brake operators before stepping up to take the big job of Railway Engineer.

The typical salary for a Railway Engineer is $27.88 an hour but varies depending on the company you work for and the location of the work. Many rural railway lines have fewer stops but require the engineer to be at the controls for a longer time.