Interview: How to Break Into Computer Game Design

Is it really possible to work in the ultra-cool computer game industry? If so, what does it take to get started? The JobMonkey editors interviewed a professional in the industry who explains what types of training to pursue, skills development, and ways to impress your interviewers.

Q: Is there a “typical” route people take to become a computer game designer?
A: The “typical” route is still in flux, but over the past couple of years and looking forward, there are definitely more and more similarities in how the typical and top designers are getting there. In some ways, there has been a return to the past, where most designers are increasingly technical (either formal computer science backgrounds or a good amount of hands-on coding or scripting), since being technically savvy reduces the communication loss between the creative ideas of the designer and the programmer. Also, more and more designers are actually coding or scripting as part of their normal day. 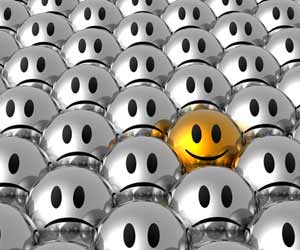 Today, schools/universities specific to our industry have come into being, and traditional schools, such as the University of California, San Diego, the University of Southern California and Carnegie Mellon University have expanded their computer science programs to include game specific course work

Q. So what do you look for when interviewing a potential designer?
A: Today, when we look at potential designer hires, we are looking at their background (educational, experience as a game player), a wide variety of skills (technical and creative), and the ability to adapt and be comfortable in an ever-changing environment.

Q. What advice would you offer someone, say a high school student, considering a career as a game designer?
A: For a kid in high school today who wants to design games, I’d definitely point them to technical course work so they have at least basic programming skills, even if they’re way more artistically based. They also need solid college-bound math prep. I’d also highly recommend non-technical course work that will develop their critical thinking and people skills.

Q. Such as?
A. Courses like speech, debate, philosophy, literature, creative writing, and even history, which is a great source of ideas. Any visual arts classes are yet another boon to the all-around, modern-day designer, as they will also be heavily interacting with game artists, and to the degree that they can speak the same ‘language,’ the process will go so much smoother.

Q: After high school, what direction would you suggest they take?
A: As mentioned above, traditional universities that have course work specific to the games industry, like UCSD, USC or Carnegie Mellon, which will combine traditional degree programs with special focus work on the games industry. Or schools that are industry-specific, such as Guildhall at Southern Methodist University or Full Sail.

All of these programs typically have some level of real world, project-based exposure comparable to what is actually done in a game studio.

The Truth About Game Design Work (NEXT PAGE)