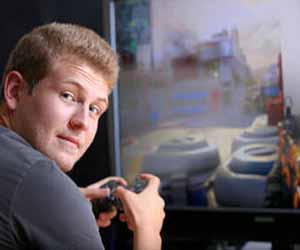 A fair number of game developers get their foot in the door by starting in QA for a company. It can be a tedious job, says an industry insider, but one that gives thorough knowledge of a particular game, and of both good and poor game design.

Game testers become very proficient at the game they’re working on, and also get to know the designers at a particular studio. Often, according to the insider, those working as video game testers will then move on to another company. There are some studios, however, that actively promote their QA employees into game design positions.