EA Sports falls under the larger umbrella company Electronic Arts (EA), one of the largest game production companies in the in the world. If you’re working at EA Sports the main focus will be to create games that are as realistic as possible, that can be played on any of the well known gaming consoles today, Xbox, PlayStation, PSP, Nintendo Wii, Nintendo GameCube, and GameBoy. 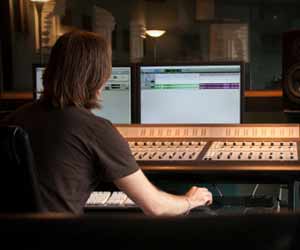 Their best known genre is fantasy football, and other fantasy games where users can feel as if they are really part of a pro sports team. Such games as Madden NFL, FIFA Soccer, and NBA Live were created by EA Sports and continue to be popular in the gaming industry.

In 2019, EA launched Apex Legends which say a record 25 million players in the first week of launch.

In addition to these blockbusters, EA Sports also owns intellectual property rights of Need For Speed, The Sims, and Burnout; franchises as well as games based on the hit movies The Lord of The Rings, Harry Potter, and The Godfather. Besides games for traditional gaming consoles, EA Sports has also branched into online gaming, again hitting a home run with games such as Warhammer Online, Dark Age of Camelot, and Ultima Online. They’re not stopping there either. The same year they created these online games, they also acquired JAMDAT Inc., one of the best mobile game developers and now sit in first place as the leading mobile game publishers.

The company began in 1982 and has always had a strong commitment to employing the most creative and talented people in the industry. With the main goal being to create a product that is fun and on par with being an interactive movie, it’s hard not to want to find the most sought after resources in the world. They employ people from a laundry list of fields such, from computer programming to animation, character modeling, motion capture, 3D character creation, to writers, directors, actors and musicians. It is through the ideas and inspirations of those employed at EA Sports that these products come to fruition.

EA Sports has always held the philosophy that one person can make a difference, and this is evident through its sales, and employee retention. When you’re hired here, you start working on these worldwide blockbusters the day you walk in the door. With offices around the world, you have the opportunity to interact with people of different cultures, while working toward the same goal. When you’re here, you have the opportunity to go anywhere with your career, and EA is there to help you get there. If you’re ready for take off, search all the current Electronic Arts job openings in the JobMonkey Job Center today.

Jobs with Nintendo (NEXT PAGE)