There are many different job descriptions under the heading of computer game programming. Some include:

Along with a sound designer, audio programmers create the audio in a game. An audio programmer is required to design and write code that will trigger sound effects and other interactive audio, including music and speech. 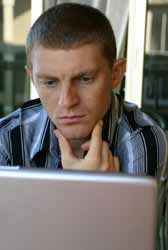 Audio programmers also need to understand sound synthesis so that they can design special effects. Experience programming in C++ is often required, along with a degree in computer science or engineering. However, in lieu of the college degree, some studios do accept equivalent work experience. They also seek candidates with knowledge of sound tools/APIs such as XACT or DirectSound.

This is an area that has grown increasingly specialized, and programmers may work in graphics/special effects, engine/tools, and artificial intelligence, among other areas.

This person provides technical expertise to develop games, or technology that supports games, and must be able to create quality computer code.
In addition to the ability to communicate with the other team members producing the video game, graphics programmers should have experience with C/C++, DirectX, OpenGL, Windows programming, and 3D packages, among others. Depending on a particular company’s requirements, a programmer may be expected to have experience with more specialized skills, such as lighting and shading techniques or animation programming,

This position requires a degree in computer science or engineering, and proficiency with the computer languages C or C++. The network programmer writes code that allows players to compete against each other or play together connected via a computer network or the Internet. According to one source, this type of programming is one of the most challenging in the creation of video games.