How to Land a Video Game Job

So just how do you land a job as a video game designer? Sure, you hear stories about people with a college degree in say, psychology, lucking into an animator job, but these days, a solid educational background in computer game design can give a designer a serious edge.

The Question & Answer interviews with the game designer and the industry vet (later in this section), talk specifically about schooling and skills acquisitions that will help you stand out from the rest. 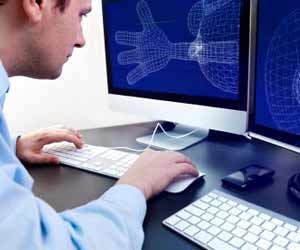 But here’s some insight from someone who’s been in the industry for a long time and knows what it takes to be a success in this business. He suggests that those seeking a career as a video game designer have a portfolio that shows practical applications of what they know.

“This can be student projects,” he says, “or even mods (modifications, or user-created content, such as levels or missions that use an existing game as the foundation).”

He also suggests that computer game job seekers research each company they plan on interviewing with first.

“They don’t need to brown-nose the interviewer with how the games they’ve made are the best,” he explains, “but they really do need to have a good understanding of what the company has done and, hopefully, a general understanding of its approach (this will be different from company to company).”

Potential game designers should also be articulate in a job interview when asked common questions such as, “What games are you playing? What do you like about them? What is your favorite game of all time and why?”

Too often, the potential employee will answer with something like, “Hmmm … Well, I’ve been playing a lot of Halo lately … The graphics are cool, and I like the missions…”

That kind of response is a turn-off to those doing the hiring, because the job candidate isn’t saying anything pertinent about actual game design and what went into it, explains the industry insider.

A much better answer would go something like this: “I found that what really makes Halo special is the attention to detail on the targeting system, which seems to use a variation of a soft target lock system that ramps up or down based on how I move.”

There are other steps you can take that will offer you some insight into the industry and may help you land the job of your dreams.

Getting a Game Developer Job (NEXT PAGE)