You’ll find all kinds of different job titles at the typical video or computer game design company. What follows is a list of common positions with information about each. See the page profiling Computer Game Programming Positions, too. 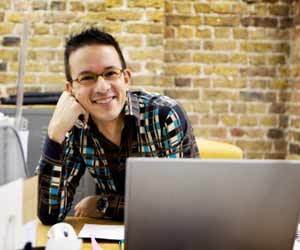 Like many other game industry jobs, the game designer’s role is increasingly specialized. On a basic level, game designers are supposed to make the games fun.

According to one long-time industry insider, designers “use all the same ingredients available to everyone else, and use them in a unique and creative fashion to make something new and fun.” A video game designer writes and diagrams a game in a game design document, which includes information about the game’s characters, worlds, and story, among other details. A lead designer is responsible for the overall design vision for the video game and must drive the game design through every phase – concept, presentation, implementation, tuning and release. The lead video game designer must also be able to work with other members of the team to communicate the game vision within the development, production and marketing staff.

The lead designer also oversees and assesses work created by other game designers on the project. Ultimately, the lead video game designer ensures the success, both critically and commercially, of the product. The position requires strong technological ability and artistic vision.

A senior-level designer is responsible for outlining level objectives and flow within a video game and is then required to develop design documentation for that level. Depending on a particular company’s requirements, a senior level designer would need to be able to place and tune gameplay elements, artificial intelligence, and other game elements. The designer must also be able to understand and adapt various scripting languages (Java, Python, LUA) and tools, and have experience using 3D modeling packages, such as Maya or 3D Studio.

A level designer who doesn’t yet have the experience to be designated a senior level designer will typically be provided the design documentation, including mechanics, guidelines and mission outlines, from the senior or lead designer. Because the level designer builds the interactive elements in a video game such as buildings and terrain for a portion of the game, experience using 3D modeling packages is required.

A lead animator works closely with the lead artist, lead programmer and senior artists to create all aspects of characters used in a game, all the while following the defined visual direction of the product. Some of a lead animator’s key activities include bringing characters and environments to life through movement, using 2D and 3D art packages (3D Studio Max, Maya, Softimage, Alias, Filmbox, Photoshop, and Character Studio). This game design job requires a solid understanding of animation theory, and some video game studios prefer candidates who are adept at animating in both a cartoon and real-world style. An animator also should have the ability to create 3D models and 2D texture maps from 2D concept art.