There are literally thousands of Christian television and radio stations, as well as hundreds of Christian newspapers and magazines, not to mention the rapidly growing number of Christian Web sites on the Internet. 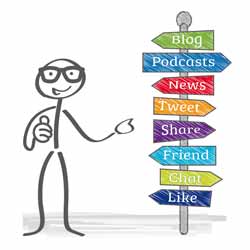 All of these communication mediums require content, programs, and funding, either in the form of donations or advertising, or both. This means that these companies or organizations (some of them are non-profit) hire writers, editors, graphic designers, on air talent, directors, producers, videographers, sales people, managers, office personnel, and other professionals such as accountants, lawyers, tax professionals, and others. The number of personnel a company needs depends on its size and format. Some smaller Christian television stations earn their income by selling air time and producing programs for the Christian ministries that purchase it. They employ a handful of people to shoot, edit, and broadcast these programs.

Larger stations function much like secular television stations, filling their broadcast day with their own programs, as well as purchased programs, and selling air time that is difficult to fill with programs paid for by advertising, such as the early morning spots.

Christian radio stations are similar, filling their air time with their own programming, whether that is talk radio, music, or a combination of the two, and earning their income primarily from advertising. Christian newspapers and magazines also usually depend on advertising income for the majority of their revenue. Exceptions to this business model are publications that are produced by a specific denomination for the benefit of their parishioners. These publications are funded by the church, through contributions from their individual churches. Christian Web sites typically stem from a particular church, organization, or ministry, or other media outlet. For example, a Christian television station will have its own Web site to promote its programming. There are Christian e-zines which only exist on the Internet, and they also depend on advertising for revenue. If you are creative, energetic, and enjoy working with people, working at a Christian media outlet may be a very good career choice for you.

The U.S. Bureau of Labor Statistics predicts that the number of advertising sales positions will only see average growth over the next several years, increasing by 7 percent by 2018. Broadcasting jobs will also see average growth between now and 2018, with the number of jobs increasing by 7 percent. Those looking for administrative and office positions within media outlets will have a slightly better chance, since the number of general office positions across all industries is expected to increase by 11 percent by 2018.