Training for a Career in the Christian Media 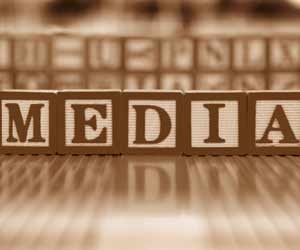 Instead, what some media companies may require is demonstrated success as a sales representative, and years of experience. The companies that do require a degree do not usually prefer a particular field of study, although business, communications, and other liberal arts degrees are common among sales representatives. Sales managers and executives are usually required to have a bachelor’s degree or many years of experience and success as a sales rep, and some companies may require executives to have or obtain an MBA.

Production employees are those who write, edit, film, videotape, produce, direct, host, act, or otherwise work to execute the content of the particular medium, whether that is radio, television, newspapers, print or online magazines. These employees are expected to have received secondary education in their fields, whether through a traditional four-year college or a technical college that focuses on television, print, Web site, or radio production. Most liberal arts colleges offer coursework in production, design, writing, and other applicable programs, and production employees should have at least this basic education. Producers, directors, editors, and other professional and executive level employees may be required to have or obtain an advanced degree as well as have previous production experience.

Administrative employees are those who keep the business-side of the company running smoothly. Administrative job titles include office manager, receptionist, volunteer coordinator, communications representative, accounting manager, and general office workers. While some of these positions may require a college degree, especially those that are more technical in nature, most do not require a degree, only some experience in an office environment and familiarity with office equipment and basic computer programs.

Sales representatives will need to have some knowledge of general sales techniques, although some organizations prefer to train new hires with no previous experience.

It is very important for sales representatives to have extensive knowledge of the medium they are selling, the benefits clients will derive from advertising, and their particular station’s viewer demographics. The knowledgeable advertising sales person seeks to maximize the advertiser’s sales dollar and rate of return. Christian advertising sales reps may be required to know and adhere to high Biblical and ethical standards of doing business. Production employees are expected to have extensive knowledge of standard production methods, and how to produce and air programs.

Advertising sales representatives often meet with executives and decision-makers of companies interested in advertising, and so must have a neat, professional appearance, as well as excellent interpersonal communication skills. Listening skills are very important to advertising sales reps, as they must be able to pick up on the clients’ needs and suggest an advertising program that will meet those needs and the clients’ budgets. The advertising sales rep needs to be creative, persistent, well-organized, and self-motivated. Ad sales reps are frequently out meeting with clients, so having good time management skills will help them manage the multiple responsibilities of sales, such as ensuring that commercials are produced in a timely manner and airing on schedule. Advertising sales representatives should enjoy working with people and have good people skills. In addition to their technical skills, broadcast production employees will need to be creative, have good organizational skills, as well as excellent communication skills. It is important for a production crew to work as a team, so they must have the ability to work well with other production members. Camera operators often have to carry heavy equipment when in the field, so must have the physical ability to lift and carry the camera for several hours. Writers need to have excellent research and interviewing skills, in addition to writing skills. Office employees will also need strong communication and organizational skills, as well as the ability to work as a team with other employees. At Christian media outlets, all personnel meeting with the public or in the public eye should properly represent their company by doing business according to Biblical principles.

Compensation for media-related employees can vary greatly. Very small television and radio stations will not be able to compensate employees as well as larger stations. The same holds true with newspapers, magazines, and Web sites. Typically, advertising sales representatives and managers earn higher paychecks than production team members, except for those in management. Advertising sales representatives usually receive a small salary plus commission. In some cases they are paid only with commission. Some media outlets will also pay bonuses to the sales reps that meet or exceed their monthly sales goals. Production workers receive an hourly wage plus benefits. Office workers also receive an hourly wage or yearly salary and benefits.

According to the U.S. Bureau of Labor Statistics, advertising sales representatives earned an average yearly salary of $43,480 per year in May 2008. The middle 50 percent earned between $30,750 and $64,320 a year. The lowest 10 percent earned less than $22,620, while the highest 10 percent earned more than $93,600 a year. Radio and television broadcasting advertising reps earned slightly more than print advertising sales representatives. Production personnel earned varying salaries, depending on their jobs. In 2008, general managers earned the highest average annual salaries, receiving $97,635.00.

The U.S. Bureau of Labor Statistics figures did not include Internet media sites. Producers and directors earned the next highest average annual salaries, at $58,344, while camera operators, reporters, and radio announcers earned smaller average salaries, ranging from $38,840 per year to $26,540. The average salary of office workers was $24,731.

Advertising sales representatives have many opportunities for advancement. Since advertising is essential to most media outlets’ success, those who are very successful not only get promoted within the sales department, but often get promoted to management positions for the entire organization.