The European Union (EU) is the umbrella organization encompassing the European countries that have eliminated economic, trade, and immigration barriers between the member countries of the union.

Originally started as the European Steel and Coal Community in 1951 to facilitate economic trade in Western Europe of those commodities, the EU has joined other political organizations and grown into a powerful political and economic entity.

The EU provides regulations and laws for over 500 million people and is responsible for 30% of the world’s GDP.

Politically, citizens of any member state are also deemed a citizen of the European Union. More importantly, almost all internal border restrictions have been eliminated. This means that any citizen of the European Union can freely travel and move personal goods between one country and another, just like you can freely travel between states in the US.

Economically, the biggest visible result of the EU is in the acceptance and use of the euro as the sole currency in almost all member countries. 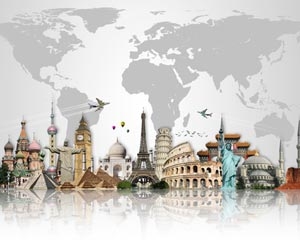 Even in countries like the UK where the pound is still the dominant currency, euros can be used almost anywhere.

But perhaps the biggest economic change is in the lack of restrictions for migrant workers between member states of the EU. Always a point of contention for some member states in the past, this has become a real issue since the EU started opening up membership to former Eastern Bloc countries. In particular, the 2004 inclusion of the Czech Republic, Estonia, Hungary, Poland, and six other countries has resulted in a wave of East European workers flooding the labor force of West European countries for the higher wages that those countries pay. This has resulted in a glut of workers for some markets, particularly lower skill and manual labor jobs.

As a potential expat looking for work in Europe, the EU has some advantages and disadvantages. Because of the Schengen agreements with 29 of the European countries including the European Economic Agreement countries like Norway, you can also travel through much of the EU without dealing with customs and immigration between countries, just like EU citizens. The very notable exceptions are the UK and Ireland; both of these countries still have boarder control between themselves and the other EU member states. This open border policy makes it much, much easier to explore Europe while you are working there. There is also the convenience of a (mostly) single currency between all the member countries as well.

The disadvantage to the EU is that the elimination of immigration barriers between the countries means that there are many more qualified Europeans that can apply for a job in any given country without requiring a visa. This means that your competition for any given job has increased significantly. What is even worse is that many of those workers are coming from poorer East European countries and are willing to work for much less money.

Unfortunately, the EU, while extremely beneficial in terms of regulations for workers of member states, does not deal with foreign workers at all.

As a result, you as a foreign worker will still have to deal with individual countries when trying to procure a work or student visa.

So despite the fact that you can visit Europe as though it is just one big country, your best strategy is still to decide on a particular country for focusing your job searching efforts.

As a North American looking for work in Europe, you can still have an edge in some job markets, particularly technology sectors where skilled workers are always in high demand. You also have a much better chance at employment in tourism sectors, particularly where companies are looking for expatriates to help tourists with local customs and tours.