If there’s a hostage situation in the busy streets of Los Angeles or a pirate standoff in the rolling ocean off the coast of Thailand, the best person to neutralize the situation is a trained sniper. Snipers, or sharp shooters, are smart, disciplined, stealthy, highly accurate marksmen. They can enter a hostile area, gather information, use their deadly skills, and leave without ever being seen.

Snipers have become a thing of legend from wars like Vietnam and World War I, high budget movies like Shooter or Enemy at the Gates, or video games like Sniper Elite. But in reality, the job market is slim for snipers.

But if you are dedicated, “Sniper” can make its way onto your resume. 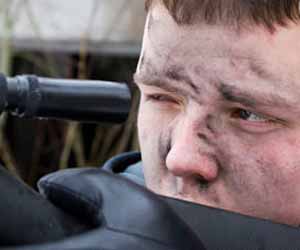 Snipers have to consistently hit targets in all conditions from concealed locations over long distances. It is by no means an easy task and only the best succeed.

Sniper skills are not skills you will master at a 9 to 5 job. Snipers are glorified for their shooting skills, but snipers do a lot more than just squeeze a trigger. A trained sniper is an expert at shooting, camouflage, spotting, orienteering, stalking, reconnaissance, observation, infiltration, surveillance, target marking, map reading, sound masking, and much more. Snipers hone these skills through constant training, competition, and real world sniping. They are in prime physical and mental condition and must pass tests to prove this. Snipers need to have a clean background check, as they are becoming masters of a deadly skill.

Shooting accurately is challenging. It’s more than just aiming and pulling the trigger. Snipers almost always work in teams – a sniper and a spotter. Both are trained in both jobs, this way they can take turns and avoid fatigue. The team has to be prepared for different wind speeds, elevations, shooting positions, light conditions, angles, bullet drop over distance, gravity, and sound masking. They have to do all of this in any and all conditions without being seen, heard, or detected. Often a mission can last for days.

These snipers are usually on call 24 hours a day. Law enforcement snipers work in close quarters and when they have to shoot, it is shorter distances usually less than 100 meters. They can give valuable information to negotiators, dissolve a situation without lethal force, or take a life to save life.

Military snipers work within the military. After completing a physically and mentally challenging Sniper School, they actively seek out hostile territory where they can observe and recon information back to their headquarters. Sometimes they have to take opportunity shots at high profile targets, like enemy officers or generals. In these situations, snipers have to shoot accurately at distances of hundreds of meters. The longest recorded sniper shot was 2,430 meters. That’s over 1.5 miles.

Working in enemy territory means snipers are able to help select targets for aerial bombings, convey field reports of what the enemy is doing, and be able to take one shot, one kill.

Law enforcement and military snipers are paid based on their rank within the force. Training can be hard, but the glory is in the job. Nothing can compare to slipping into enemy territory, accomplishing a goal, and returning unscathed.

Remember, if you’re considering becoming a sniper, good snipers are accurate, but bad snipers should stick to video games. 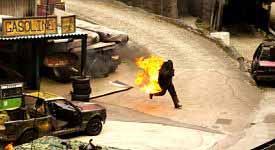