The Music & Film industry is constantly evolving. Currently, they both are undergoing serious transformations, which is creating more and different kinds
of jobs in film and music careers. 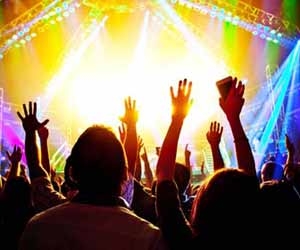 At present, current technology, willingness of individuals to travel, spawn and popularity of shows promoting the “latest and greatest” new performer, MySpace, YouTube, and use of the Internet offer alternate ways to distribute content.

Currently the Music Industry is trying to figure out the best way to approach this issue. Alfredo Cevallos, an award-winning New York-based producer and songwriter, sheds some interesting light on the issue. “The current state of the music industry is unstable. The bad is that the current business model is very expensive to implement and not as effective as it used to be. The good is that small players now have direct access to marketing outlets. The music business no longer relies on radio, MTV, headlining tours and record sales for revenues. In addition to the traditional revenue avenues, the music business now generates revenue from MP3s, advertising, licensing, non-US/European foreign markets, television, festival type tours, ring tones & merchandizing.”

With this in mind, it has opened the door to new job opportunities for many more people. Unfortunately, it comes at a cost. “Today the music business has become as complicated as it has ever been. You have to really understand how revenue is created, earned and collected,” says Cevallos.

The record companies had been doing the same thing for so long that they apparently figured they would never need to change. Many stopped trying to build relationships with artists and help them develop over time. They now scramble to find adequate performers.

The ability for performers no longer having to depend on distribution through the record companies and instead using alternative methods has led the public to depend on themselves. With a small investment, anyone with a computer, a bit of creative whim, and a MySpace or YouTube account can write, record, and release their personal creations. Even more important, is that they keep all the rights to their work, do not pay unneeded royalties to music companies, and the consumer may pick and choose which songs they want to purchase.

DVD and CD Sales (NEXT PAGE)