Production Coordinator
As a production coordinator, you will be responsible for organizing all of the production elements involved in a film. This will include duties such as acquiring talent, assistants, cast and crewmembers, accessing equipment, and hiring location managers to search for places to shoot the film. 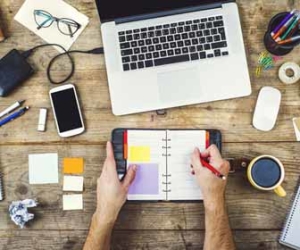 Production Sound Mixer
While they are filming the movie, a production sound mixer will capture all of the original production audio such as dialogue and sound effects. This will be achieved by the use of portable recording devices and microphone placement. It is also common to use this audio purely as a reference to the visual image. Often this audio will be replaced later inside a recording studio with a process called ‘ADR’ (Automatic Dialogue Replacement).

Sound Editor
The function of a sound editor in films is similar to a Digital Audio Workstation editor in the music field. Their basic function is to piece together multiple recordings prior to film mixing. Depending on the size of the production, these duties would be broken down further into music, sound effects, and dialogue.

Dialogue Editor
This technical position requires editing original production recordings looking for the best keeper takes of the performances. They will then edit out some of the noise before and after each dialogue take. If some of the production audio is not adequate to be used, Automatic Dialogue Replacement will be necessary. This is where the original actors/actresses must rerecord their performance while watching the production video on screen. Due to time and budget restraints, this is usually skipped on lower budget productions.