Script Supervisor
These individuals are required to maintain consistency in the script. If what was shot is different to what is listed in the script it will be noted so that all subsequent scenes will reflect those changes.

Producer
The Producer of a film is also one of the single most important positions in the movie business. 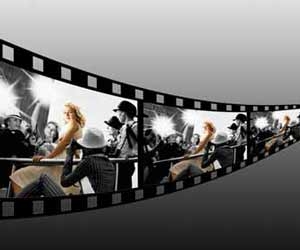 They will manage and supervise all aspects of creating the film including obtaining financing, working with distribution, and employing the cast and crew. They also make final decisions as to the artistic vision of the film.

Film Editor
Film Editors function similar to Sound Editors except they are using the images shot during filming. Their role is quite important as they have the ability to change the vision of a picture very dramatically. A great Film Editor will piece together all the visual elements in order to “tell the story” with the images. Without a proper Film Editor, a movie can seem confusing and difficult to follow.

Production Manager
As a Production Manager, your responsibilities will be vast. All non-creative duties will land on your shoulders including managing the crew, staying within budgets, and keeping filming on a timely schedule.

Location Manager
Not all films are shot in Hollywood nor are they done on a set. Many must be filmed “On-Location.” In order to do this the Location Manager must seek out and legally solidify the use of these locations months before filming begins.

Movie Stills Photographer
Work on film sets taking stills for use in publicity campaigns. It’s a different kind of career in photography niche, but a legitimate job nonetheless. Learn about being a movie stills photographer in our Photography section.

Set Designer
This job involves designing and creating the actual physical structures to be used on a film set.