Tyrone Brooks is the Director of Baseball Operations for the Pittsburgh Pirates. He has worked in professional baseball for many years and has held positions as an amateur scout, pro scout and now as a front office executive.

He graduated from the University of Maryland with a double major in accounting and marketing. 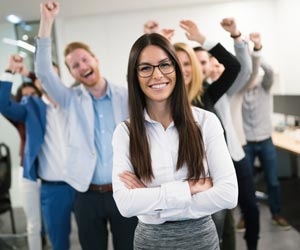 In his current role he is responsible for assisting with the running of the day-to-day baseball operations of the Pirates, which includes administrative, budgeting, contract negotiations, rules compliance, scouting evaluations and more.

Brooks joined the Pirates after spending the previous three years a Pro Scout with the Cleveland Indians covering minor and major league baseball. Brooks worked with his current boss, Pirates General Manager Neal Huntington, briefly with the Cleveland Indians but had a working relationship from the past. Brooks previously had worked for the Atlanta Braves for 11 seasons in a variety of roles, including Director of Baseball Operations and as an Amateur Scouting Supervisor.

Here is what Brooks had to say about life working in Major League Baseball:

What are five key traits or keys to success in this profession?

“Having a strong background in the game is helpful due to the wide ranging issues that present itself during the course of a baseball season,” says Brooks, who also added these tips:

What are the pluses of working in pro sports that you like?

Brooks: “I’m doing something I’ve loved since my childhood. It’s a great feeling to walk into a major league ballpark each day and realize this is my place of business. We’re also all competitors in this business, so the challenge is putting a winning product on the field and building a championship caliber organization.

What are some of the misconceptions about working in pro sports?

Brooks: Probably one of the biggest misconceptions is that people lose sight that this is a 12-month job. The actual baseball regular season is only six months long but we spend an awfully large amount of time planning for the following season during the winter months. The pro sports environment is so competitive that if success is not delivered to that city and their fans, full scale changes will take place. Ownership wants to win and normally win now! If you are someone who is trying to get into the business for the money, you are going in the wrong direction. You will likely deal with relatively low wages upon entry, so you need to have a real passion for the sport and a willingness to go the extra mile despite long hours.

How does one get a job in pro baseball?

Brooks: Having valuable related work experience is important for those trying to break in. Internships are one of the best routes to a full-time job. With many pro teams, the interns are the ones that get first opportunity at any full-time jobs that become available. Network and meet as many people as you can. People hire individuals that they are familiar with and know. Relationship building is so important.

What is your internship experience?

Brooks: Sports had been such an important part of my life, but it wasn’t until late in my college career that I truly realized I wanted to work in pro sports. I was very fortunate to get my start as an intern in baseball operations with the Atlanta Braves in 1996 upon graduation. The Atlanta Braves have had several very successful trainee programs and I was fortunate to be hired into their Career Initiative Trainee Program developed by famed executive Stan Kasten and legendary Hall of Fame player Hank Aaron.

What is a normal workday like, if there is such a thing?

Brooks: A normal work day will start about 8 a.m. and if we are in-season, it can make for a long day and night since night games won’t end until after 10 p.m. By the time I leave the ballpark and drive home I can expect it to be close to 11 p.m. If the club is home for a weekend series, it will also be a busy weekend of activity.

Many people get into pro sports to interact with the athletes, can you talk about that?

Brooks: There is definitely some interaction but not as much as people truly expect. There is a certain line of professionalism that you must maintain. The clubhouse for a major league club is the player’s sanctuary. They spend more time there than they do with their families during the course of a season. As executives we also have to respect the clubhouse as their home away from home. If you’ve developed relationships with players due to seeing them grow up in your organization, there will likely be more of a relationship. For example, I got to know many of our young players with the Braves while they were young in the minor leagues. So by the time they reached the major leagues, relationships had already been built over time.

How important is it that those aspiring to work in pro sports realize it’s a business, not a chance to chum around with players?

Brooks: It’s very important. Pro sports franchises are big businesses and are run like any major corporation. While there are certain perks to the job, it’s still about taking pride in a job, creating value for the organization and generating goodwill with the local community.

What are the secrets of success from your experience in this industry you can relay?

Brooks: For anyone attempting to enter the industry, get as much experience as you can. Professional sports are highly competitive as an industry. Any student or recent graduate should be very cognizant of their skill set and think about how they can separate themselves from the pack. While getting an advance degree in Sports Management can help in some areas, I’m a strong proponent of someone getting a quality, broad-based education with more of a concentration toward business or economics.

Specifically for those attempting to work in baseball in some form, I would advise them to play the game as long as you can while getting a quality education. Internships are very valuable and are a good point to entry. Due to the nature of the game with so many levels, the baseball community is a very wide-ranging industry. I’ve created a baseball networking group called the Baseball Industry Network on the web site LinkedIn (www.linkedin). I created the Baseball Industry Network to be a place for baseball professionals to network with others and also made it an avenue for students and recent graduates who are serious about entering the industry to meet professionals and potentially develop meaningful relationships. 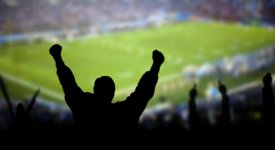