In every TV commercial and TV shows, you will need an assistant director also known as the AD whose job it is to make sure the cast, including the television extras, know where they have to be. There are sometimes is more than one AD for TV shows, as the cast and crew are so large. You can learn a lot by being an AD and eventually this job will lead to directing if you are interested in becoming a TV director. 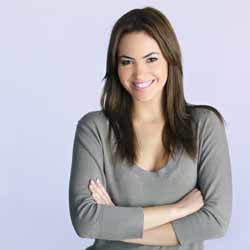 The assistant director has the job of making the director’s life easier on set. He or she will control all of the cast, and crew, while liaising with make-up, wardrobe, and props departments to ensure the smooth running of the production schedule. They make sure that everyone is where they need to be and will also lead second and third units when there is an exceptionally large production. Most of the time, the AD will lead the extras for TV commercials in a crowd scene.

The basic training you will need as an AD will include film and TV broadcasting at a university or college and courses in managing and communications are helpful depending on the network, agency, or production company you join. You will usually not study to become an assistant director for TV commercials and TV shows, as you will probably be working your way up to being a TV director.

How to Become an AD

Becoming an AD is a matter of working in a production company for a certain period of time. You will probably start out in another position and work your way up to being an assistant director for TV shows and television commercials. Sometimes you can however apply and get an assistant director job, like as an assistant news director, if you have the proper training, contacts, and start at a smaller company or network.

TV Extra Sidebar! TV extras are people chosen from a casting agency to be the filler cast in the background for various television commercials and TV shows. You don’t have to study anything to be an extra, and most people do this as a way to make some extra money. Some actors do start off this way to just get some experience on the location of a television commercial or TV show and hopefully make contacts. When you are chosen to be an extra on the set of the TV commercial or TV show, you will meet the assistant director to sign in and he or she will be the person you answer to for the day. You will also receive your TV extra payment from them if the shoot is paying you on the day. To become an extra you need to join a casting agency.

The TV extra payment works differently for every TV show or TV commercial and sometimes you will be paid on the day, at the end of the shooting period or even monthly, if you do a few jobs that month. You are paid a daily wage which varies quite dramatically. If you are a featured television extra you are paid more than an ordinary extra.