Reality TV involving self or home improvement is another hugely popular subcategory of reality television. 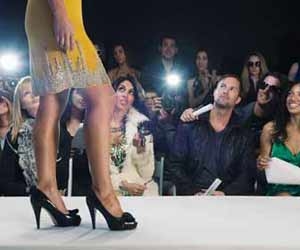 In terms of ratings, it seems that people love seeing transformations or makeovers undergo in the matter of an hour. To viewers at home, watching other people achieve their goals – anything seems possible.

Self Improvement reality TV is any program in which someone overcomes a personal struggle or goal to achieve something they really want. In many cases, reality TV surrounding the issue of self-improvement is often in contest format with many shows pitting teams, or other people in search of drastic self-improvement, against one another. For example a popular self-improvement reality-based TV show is The Biggest Loser. People, families or friends who have weight loss issues compete in a contest to see which team or person can lose the largest percentage of body fat.

The show highlights just how difficult losing weight the right way can be, and viewers are privy to all the pain, frustration, self-esteem issues as well as the joys people experience in watching their bodies transform from fat to fit.

Other popular self-improvement shows are those like MTV’s MADE, where a teen (typically characterized in one demographic), tries to be successful in another. The peer pressure, along with the difficulty in learning a new skill, are common struggles viewers seen the contestant overcoming (and sometimes not), while watching the show. Some programs like The Swan, Queer Eye For The Straight Guy, What Not To Wear and other makeover style shows take a person who is struggling with self-image or poor dress, and with the help provided to them from a team of experts, are transformed into a fashionable, self confident and happier person. In many cases, the image aspect of the show is only part of how people change and self-improve as audiences similarly enjoy watching someone turn around a dull or unhappy lifestyle into one they are proud to live.

Many programs, where people have to overcome a certain fear, are particularly popular. In the popular reality show, Fear Factor for example, people battle their fear of heights, bugs, snakes, tight spaces and difficult stunts all in the hope of winning big bucks and a little self-improvement along the way.

Home makeover shows are popular reality TV programs where some aspect of the home is drastically changed to the bewilderment, joy or horror of the homeowners.

One very popular home makeover show is Extreme Home Makeover. In this show, a family (typically one that has undergone a particular hardship or bout of bad luck) is sent away on vacation while a community works to rebuild them a home more befitting of their special needs. The families on this program are often victims of natural disasters, family deaths, unavoidable debts such as medical bills or behind in renovations due to money being refueled into the community. This show’s popularity is largely due to the story behind a particularly deserving family, the way and speed in which the house is remodeled and the work of the community to put it all together. This touching reality based home makeover show has been and will continue to be a crowd favorite.

Shows that involve home swaps such as While You Were Out or Trading Spaces are run under the premise of house makeovers that happen while the family isn’t there to supervise. These house trades are common for reality TV formats such as this and often involve creative rooms, upset or overjoyed house owners, drama between creative teams and quirky results. It all makes for some entertaining television in this sub-category of reality TV programming.