How to Fill Out Reality TV Contestant Applications

Your best strategy for talent-based competitions is to audition in person and to have a strong knowledge or skill set for that particular show. 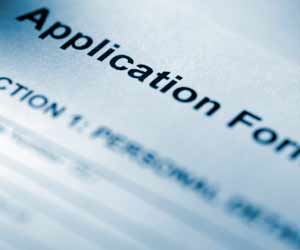 For example, there is no strategy for having the next American Idol voice or for being the best dancer on So You Think You Can Dance. The only thing you can do to improve your chances is to have the best talent among your peers in that area. This usually means a lot of experience and comfort in performing. As far as strategies go, you can really only try your best. Talent-based competitions are just that, based on your skill or talent, so it isn’t a personality competition. However being pleasant, appealing, polite and having a distinct personality will likely earn some votes your way. Another application strategy in talent-based competitions is to apply in person. When auditioning for voice or specific talent, the live version is usually more impressive than a video or application, so many people in the industry think that applying live will be a huge advantage. In fact for talent-based competitions, many shows require live auditions.

Application strategies that work for other reality television formats are even harder to pinpoint. What the show requires, the number of people, the demographic and personality of the contestants the show and who the perfect person is, is hard (almost impossible) to pinpoint. It takes nothing short of being the casting director’s daughter or being able to read minds. There are several theories though that people suggest for getting selected. The first is to simply try and keep on trying. Most shows see on the upwards of hundreds of thousands of applicants so even with the best application for a reality television show, your chances are still limited.

Keep on applying and don’t be discouraged when you aren’t selected. Also, apply and apply early. Casting directors and producers like when shows are moving along according to schedule so by turning your application in early, you are increasing your chances of being picked before the other applications are in. Also, try not to over rehearse your audition or tell too much about yourself.

Try too, not to mimic previously memorable contestants that have appeared on the show. While many casting teams tend to pick people that might be considered a ‘type-cast’ they also want the show to be new and exciting. Thus, know the format of previous shows, previous contestants, present yourself in a way that fits in with some of the type-cast roles, but make yourself appear unique and different. Other than that, trying, hoping, wishing and being unique, are your best strategies when applying or auditioning for reality television.

As a side note for your consideration, if your personality is ‘out there’ and you like being on camera or generally on-the-air then check out our broadcasting careers section after finishing this one!

Last but not least, another helpful strategy is simply knowing the show. If you are auditioning for Nanny 911, you won’t be selected if your kids aren’t particularly bratty. Or, if you don’t have a significant amount of weight to lose, you probably won’t be selected for The Biggest Loser. While you may want to change the behavior of your children or are serious about losing weight, you need to know the show and place your efforts on one where you are most likely to win.