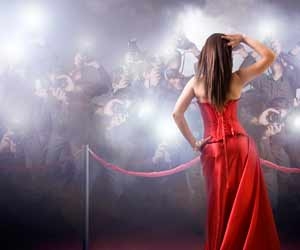 Do Average Joes become professional actors? In this section we discuss some of the transitions reality television stars have experienced as a result of being on reality TV programs.

From Average Joe to Something More

Adrianne Curry from America’s Next Top Model became somewhat of a realty television celebrity, moving her way from Average Joe to professional realty star. After winning America’s Next Top Model she moved her way up the ranks and starred in another reality television show called the Surreal Life. Pitted against other celebrities in a Big Brother type format Curry became a crowd favorite based on her crush on fellow cast-mate Christopher Knight from the Brady Bunch.

Other reality show contestants have moved from Average Joe status to Professional in entertainment. Lynn Warren and Alex Ali, from The Amazing Race now run a celebrity blog and are quite well known in the industry simply from the celebrity status they gained due to the shows popularity. George Clooney even became awe struck by Sarah Larsen whom he dated for a year after meeting her – only after her stint on Fear Factor of course. Christian Siriano from Project Runway was a particularly unique and colorful contestant. After winning the show he launched himself head first into the fashion industry where he is now a well-known designer. While being on a reality television show doesn’t mean instant celebrity, many people use it as a slingshot into a closed-doors industry.

While professional actors rarely audition for reality shows, except maybe those based on celeb-reality, models and actors do find work in reality television as hosts, judges and models. The Deal or No Deal models are famous for being particularly beautiful and Ryan Seacrest owes his entire celebrity status and wealth to his stint on the first season of American Idol.

Reality television is perhaps the biggest playing field for Average Joes in entertainment. And often times it means the transition from no one, to someone. Both for aspiring professionals and your everyday man or woman on the street, reality television is a great opportunity for a shot in the entertainment industry if used by the right person and luck is on your side.