Relationships are pertinent in almost everyone lives so it comes as no surprise that reality television shows that surround the issue of relationships are no different. They simply are just popular. 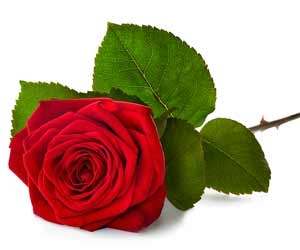 Types of reality TV shows that involve relationships have been popular for ages when The Dating Game first aired in 1965. They can be competition based and usually are, involving a contestant who is the ‘chooser’ and other contestants who then compete for the chooser’s affection. The Dating Game first introduced this format in the 60s where a contestant would ask three potential suitors questions in order to flush out who would be the best date for them, based on the answers they would receive.

Since, dating games have evolved but the same format still commonly applies. The Bachelor, for example, was, in essence, this same show but on a grander scale. In this particular relationship-based reality TV show, somewhere around 20 squealing, pining, and dare I say desperate women were all vying for the attention of one very eligible bachelor. Based on several weeks and dates in getting to know the contestants the bachelor would eliminate girls based on how he felt about his remaining options. This show has proven to be a very popular relationship-based reality TV program and reflects as such in other popular shows surrounding the same premise such as: Blind Date, Farmer Wants a Wife, Joe Millionaire, Elimidate and Flavor of Love to name a few.

Other types of reality TV programs based on relationships have been popular with shows such as The Newly Weds. This competition-based reality show pitted newlywed couples against one another providing the winning couple with prizes based on how well they knew one another. While show formats like this have become less popular to shows where contestants compete for the affection of other lovers, reality-based shows surrounding relationships exist in many different ways.

Shows such as Wife Swap, is a program where wives (typically in strained relationships) switch places with a different household to gain perspective on how good their home life really is. Save Your Marriage In One Week is another show that takes strained relationships and attempts to fix them, so the viewers at home can learn from the pangs and pitfalls of other people’s relationships. Shows like Rich Bride Poor Bride, show couples scraping and saving in order to have enough money for their dream weddings while the whole event is documented on camera.