Reality television has become one of the most popular forms of television in media today. Some types of reality TV shows are more popular and accrue more ratings than fiction based or scripted television programs. 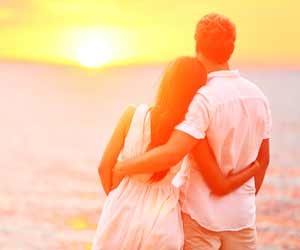 More than ever, reality television is popular across a variety of genres. So much so, that there are subcategories and types of reality TV outlining some of the different types of programs in order to categorize and attempt to identify reality television properly. We mentioned earlier with shows like Big Brother or MTV’s The Real World, that the foundation of what made the program ‘reality television’ was very clear. However, in using the example of Steve Irwin’s The Crocodile Hunter, this isn’t the case.

While one set of shows displays the lives of average people living together under one roof and highlights the drama and interest behind what goes on when people from different backgrounds are forced to live with one another, the other shows a professional in his field documenting and informatively teaching and educating his audience directly. These two programs are the perfect example of how different two shows can be, while still being considered reality television.

As such, these television programs are separated into subcategories to better identify in what way a certain show can be considered reality television programming. It is helpful to understand how the different types of reality TV fit into these different subcategories in order to best understand how the industry is considered, understood and broken up among the many reality television shows that are emerging in today’s popular culture. Some of the categories you will see in the following sections include: documentary, science, relationship, makeover, professional activities, celebrity reality shows, talent and game shows just to name a few. You will see just how broad of an industry reality television is and how much it takes part in the entertainment people find in television.

Keep in mind that many reality TV shows, regardless of the subcategory are commonly filmed using documentary-style formatting. This means that the camera, crew and point of view for the viewer are of a fly on the wall. Plots are strung together during editing to give the program a more appealing standpoint for the viewer and for continuity. Shows of this kind can be informational, just for fun and can include any other type or subcategory of reality TV programming. In using the previous example of The Crocodile Hunter and Big Brother both can be considered documentary style formats although the shows themselves are very different.