Online or Sending Tape By Mail

There are generally two ways to apply or audition for a spot on a Reality TV show: in person or through some other venue where you are not applying live, such as the mail or online.

Auditioning for Reality TV online or by mail is a great alternative for those people who cannot afford (either financially or because of time) to audition in person. While there are many Reality TV shows that require a live audition, the majority of shows allow for auditions to be submitted through online venues or by mail-in applications.

Even live auditions require that contestants fill out an application. 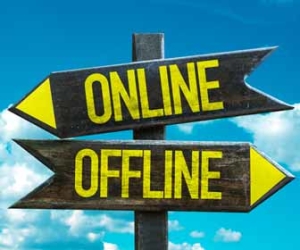 Applications are part of the auditioning process and usually indicate your age, where you grew up, why you want to be on the show and other identifiable characteristics. Live auditions are often taped so that producers and casting directors can look back and review auditions as they see fit. Thus, videos and applications are a huge part of the auditioning process and this is certainly true for online and mail submitted auditions for reality television. If you are unable to attend a live audition it is likely that in order to audition you will need to send in a video to the show.

Videos are a popular tool for casting directors and are the best way to get a sense of how a person appears on camera. After all, Reality TV shows are seen on television and how a person carries them self or appears onscreen, is an important aspect of casting for Reality television. Videos and applications are often sent in the mail or uploaded online onto casting forums for the shows website.

Videos – What to Include

When auditioning for Reality TV via video there are some things you should include and others that you shouldn’t. Videos tend to be between 1-3 minutes in length. Remember that casting directors and producers are looking for short, sweet videos that indicate what makes you unique or special. If you are applying for a talent-based Reality TV show, you best include the appropriate talent. Videos shouldn’t be too long and producers suggest trying to include just a few special things about yourself as opposed to your life’s entire autobiography.

Other suggestions include not over-rehearsing your video and being as spontaneous and natural as possible.

After submitting your video or mail-in application while auditioning for Reality TV, you will likely be notified via email, mail or telephone of your acceptance. Many shows cannot notify everyone who wasn’t chosen so oftentimes no news means, you were not selected. Try and remain positive though, mail-in or online submissions usually take more time to notify winners than live auditions so it might be many weeks before you hear back about your audition.

Because you aren’t auditioning for Reality TV in person, be sure and send in your application with plenty of time for it to be considered. Procrastinating or waiting until the last minute might mean your application isn’t in on time. If you want to be on Reality TV, don’t leave anything to chance.