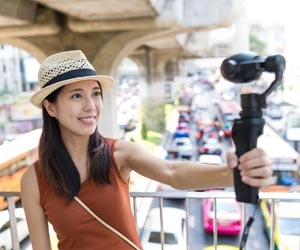 In this section we highlight some of these other layouts while giving examples of some popular shows that would be classified within them.

Most talk shows aren’t considered reality television. There are however, some shows that propose or project a sense of reality, but are actually fictional. Ironically enough, these shows are still considered reality television because they parody reality. Shows such as The Jerry Springer Show or The Ricki Lake Show highlight the lives of people in extreme social situations that are fabricated for the enjoyment of viewers at home.Some of these social situations (usually involving ridiculous relationship triangles, etc.) are hard to believe. However, the prospect of them is so intriguing, audiences are captivated. The Ricki Lake Show is different from the Jerry Springer Show because many of her guests are based on real cases. These programs attracted actors for the show by advertising information about future shows on the program. Selections were made, enhanced and in many ways directed, based on the drama or shock factor the chosen actors would provide on stage. Learn about TV show director jobs in another section.

Many reality television shows that are filmed and formatted in documentary style and have groups of people living together under one roof have hidden cameras and use footage from these cameras to help tell their story to viewers.

However, shows like Punk’d or Candid Camera rely on footage almost entirely from hidden cameras and run off of the premise that the people being hoaxed have no idea they are being filmed while encountering a staged situation.

There are several reality TV shows that have been filmed under the pretense that only the audience and the actors know that the ‘reality’ being portrayed on screen is false. In one such show called Joe Schmo, an average guy agrees to be a contestant on a reality show under the premise that he is in competition to win a million dollars. The catch is that he was the only contestant on-air who wasn’t a hired actor. Hoaxes like this, go on for entire seasons, rather than just one or two episodes. There have been other shows such as My Big Fat Obnoxious Fiance, where a girl convinces her family that she has met the man of her dreams. The catch however, is that if she can get her family to attend and go through with the wedding in spite of his outrageous obnoxiousness, she wins a large monetary prize. Shows such as this showcase elaborate pranks under hoax shows to the delight of audiences everywhere.