What Is Reality TV?

So what is Reality TV? Reality TV is the projection of peoples lives in real or fabricated situations and can range from documentary style informative shows, entertainment shows based on the lives of reality TV actors, game shows, contests, talent auditions, adventure programs, housing shows, philanthropy, love and dating shows, shows which outline the inner workings of a particular industry and so much more. Thus, it can be difficult to outline what exactly reality TV is and what reality television isn’t. 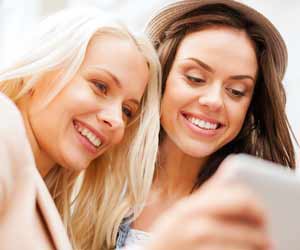 Shows such as Big Brother, which show everyday people in a prolonged living environment ultimately competing for a contest would definitely be considered reality TV. The actors are everyday people often interested in TV careers, their conversations are not scripted and the reactions of the actors are completely genuine as they are documented in real time. However, shows like the late Steve Irwin’s The Crocodile Hunter, which are largely informational and follow a scripted outline could be considered both reality TV and fictional television. While shows like this do in fact involve the reality of Steve Irwin (for this particular example) doing things in his life, in real time and in situations that are real for him, the reality of the program is very far removed as reality for everyday people. While Steve Irwin’s show would probably not be considered traditional reality TV, you could make a strong argument that while onscreen Steve Irwin is doing things he might do during his normal job, even if the show is scripted to portray a particular theme for that week.

These two examples are just one way in which the programs considered reality TV can differ from one another. Big Brother, for instance, is very voyeuristic and the people or actors who are onscreen are everyday people interacting in an unscripted way. While The Crocodile Hunter, which can still be considered reality programming, is very different in tone, subject, actor, theme, audience and in duration. For example, Steve Irwin’s show involved him as the main character season after season. This is true for several reality TV programs that highlight a professional within a particular industry.

Big Brother however, constantly changes its actors in order to keep audience interest and to remain true to the show’s contest style format. Thus a reality program can be portrayed and involve almost a million different subjects, actors and themes depending on the program.

Therefore, in answering what is reality TV, the answer can be any form of television that touches on the reality of people’s lives. While many fictional shows do in fact touch on real issues or portray real stories; reality TV is generally reserved for non-professional actors and stays focused on the lives of the actors as their lives are currently happening. The line is certainly fuzzy and difficult to clarify however, in the following sections we outline the different types of reality TV shows, popular shows in history as well as popular shows today, to provide a better idea of what reality TV is, and how you can get a job working in this interesting and constantly evolving industry.

History of Reality TV (NEXT PAGE)